After a series of leaks and rumors, the LG G7 ThinQ has been unveiled by the company and with this smartphone, LG has now joined the 2018 flagship bandwagon with the likes of Samsung, Sony, Honor, Nokia and more. The LG G7 ThinQ was unveiled at an event in New York and while the company has not yet revealed the details of the smartphone’s availability in global markets, the flagship handset is expected to be rolled out soon in all the major markets.

Staying true to almost all its rumors and leaks, the LG G7 ThinQ comes with a QHD+ notched display, a dedicated button for Google assistant, and AI camera features. For the unknown, the smartphone in question comes with similar artificial intelligence-capabilities as that of the LG V30S ThinQ and all smartphones in the ThinQ series comes with features such as AI Cam that helps in enhancing image quality while working on a total of four levels of optimization.

Apart from the LG G7 ThinQ, the electronics manufacturer has also launched the LG G7+ ThinQ which is essentially the conventional model but with more RAM and storage. On the other hand, features like the Boombox Speaker which offers double the bass and dedicated button for Google Assistant set it apart from the competition and while the LG G7 ThinQ comes with support for 30 different custom commands for Google Assistant, the company has said that the LG G7 ThinQ has been designed while keeping three things in mind i.e. Solid fundamentals, continuous upgrades and meaningful AI.

The ‘Boombox Speaker’ comes paired with DTS:X 3D surround sound that will offer almost double the bass as well as ten times louder audio experience as compared to a normal smartphone. That being said, the company is also touting the fact the bottom bezel of LG G7 ThinQ is 50 per cent slimmer than that of the LG G6. 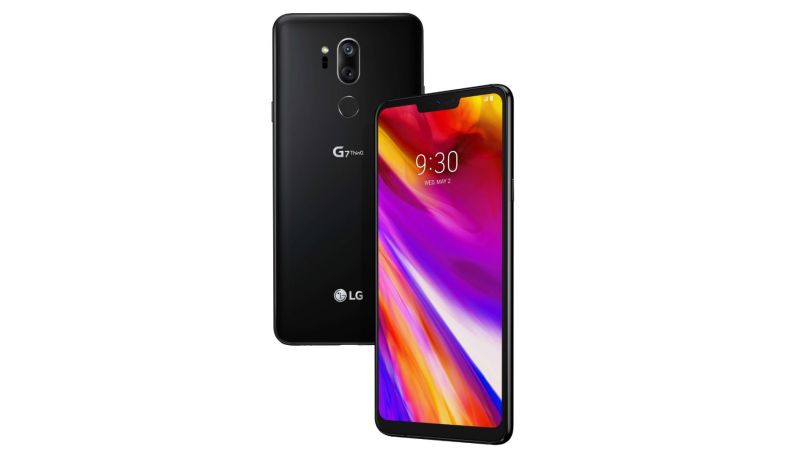 The 16-megapixel rear dual camera on the LG G7 ThinQ comes bundled with a wide angle lens which captures landscapes at minimum edge distortion and the 8-megapixel front camera captures selfies that are clearer as well as more natural. The LG G7 ThinQ also features AI CAM support which offers 19 shooting modes along with a Super Bright Camera which offers images that are up to four times brighter than normal images in dim light, all thanks to pixel binning feature as well as software processing of the cameras.

The LG G7 ThinQ will be available in New Platinum Gray, New Moroccan Blue New Aurora Black and Raspberry Rose color options and will be rolling out soon in South Korea followed by other major markets such as North America, Europe, Latin America as well as Asia. There has been no word on the pricing of LG G7 ThinQ and LG G7+ ThinQ.

Other features of the LG G7 ThinQ include Live Photo mode that records one second before as well as after the shutter is pressed in order to grab snippets of unexpected moments and expressions which would normally be missed. The smartphone also has Stickers which uses face recognition in order to generate funny 2D and 3D overlays.