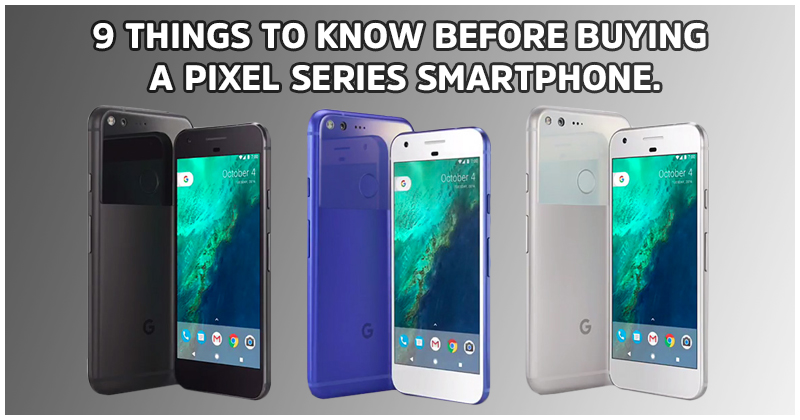 Google is rigorously launching its products in India since the last quarter and here it is with two new smartphones Google Pixel and Google Pixel XL. The pre-order process has already started on Wednesday midnight and the phones are available on Flipkart.com exclusively. Deliveries of the orders are expected on 26 October.

Google Inc. has influenced the Indian customer by its efficacious advertising strategies but here are some more facts you need to know about Pixel and Pixel XL.

1. HTC played a vital role in manufacturing and launching of these smartphones.

2. Google launched a toll-free number that will handle customer’s queries 24/7.

3. The blue colour variant has not been launched in India and the phones are available only in Black and Silver colour.

5. Interest-free EMI option is also available for both the smartphones.

7. Both the phones support Qualcomm Snapdragon 821 64 byte Quad Core Chipset with the processing speed of 2.15 GHz.

9. Android 7.1 Nougat operating system comes out of the box, no update is required.

Launching two smartphones with these specifications and the previous launching of 5 Google apps shows that the company is planning something big for India. We wonder what will come next.