iPhone 8 is undoubtedly the most anticipated premium smartphone right now and over the last few months we have heard several rumors and witnessed uncountable leaks about Apple’s next game changer. As we speed towards the MWC 2017, manufacturers from around the world are gearing up to launch their best of devices and Apple is standing at the backdrop with Iphone 8, which is rumored to be launched in September 2017.

Apple’s iPhone 8 or the iPhone X, whatever the name might be, has been subjected to much speculations as Samsung continues to pull further ahead of the company in market share. When iPhone 7 was launched last year, everyone expected a game changer from one of the biggest premium smartphone manufacturers but the fact that the flagship device’s poor reception and numerous issues like outdated technology, further triggered the concerns over whether Apple will be able to live upto the hype of iPhone 8. 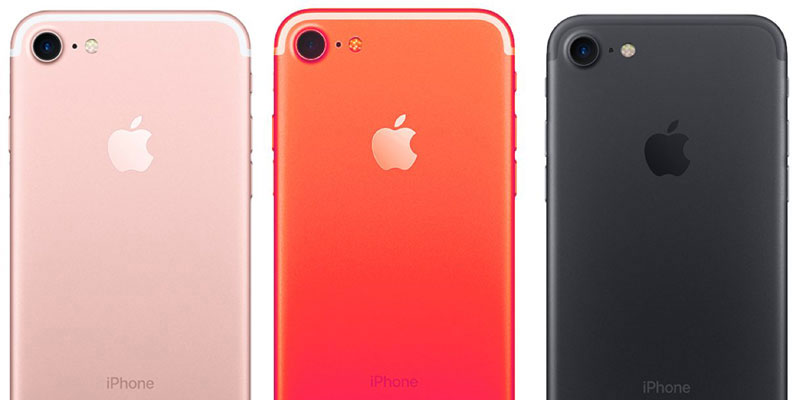 If the recent rumors about iPhone 8 turn out to be true, Apple may be able to put themselves back on the map by launching a handset that will force the competitors to revamp their strategies.

Here is the roundup of latest rumors about Apple iPhone 8 that has left us drooling over the speculated September launch.

According to recent reports Apple iPhone 8 will feature OLED panels, seen is current generation Samsung devices and the these panels are in fact so similar that Apple is rumored to have ordered them from Samsung itself. While iPhone 7 series used a somewhat-outdated LED display, this move by the US-based company can actually do wonders for their reputation. Since, the Galaxy S7 supports 1440 x 2560 pixels with a 5.5″ screen, we expect to see similar specs on the iPhone 8.

Apple is rumored to ditch the aluminum design and bring back the glass bodied one, as was seen in iPhone 4S. The new frame will significantly reduce the cost of producing the device but will make iPhone 8 more resistant and stronger overall. Other rumors have suggested that the iPhone 8 will feature a bezel-less design coupled with curved edges, allowing the company to increase the screen size. Expect the display to be anywhere between 5.5” to 5.8”.

Although iPhone 7 has IP67 rating and is dust resistant, but can only survive accidental splashes and dunks. It is rumored that iPhone 8 will be a IP68 rated smartphone, meaning that the device can survive half an hour in 1.5-meter-deep water, which many of its competitors are already capable of. However, swimming with an iPhone would take a lot of guts but for those whose past times and even jobs expose them to the elements, and those who want to experience underwater photography at shallow depths would be thrilled with an iPhone having IP68.

Every new iPhone has come out with a new A-series chipset since Apple introduced the very first system-on-a-chip (SoC) in 2010. If Apple decides to stick to the same pattern, which is much likely, the iPhone 8 and iPhone 8 Plus will be launched with Apple A11 processors. The A11 uses a 10 nm FinFET process, giving a 20% boost in performance and a 40% reduction in battery usage, which will make iPhone 8 more powerful and more efficient.

Rumors also hint that Apple is working on custom GPUs and modems, which would allow the company to offer better connectivity and graphics. However, iPhone 7 features an 8-core processor and a 6-core GPU and we expect iPhone 8 to feature similar specs, if not better.

RAM is something where iPhones have failed to impress us on paper. The iPhone 7 comes with a 2GB of RAM while the Plus features a 3GB unit, which is well below the industry standards when it comes to flagship devices. Its direct competition, the Samsung Galaxy S7 and Edge models featured a cool 4GB under the hood and Apple really needs to up their game in this department with the September launch. At least give us a 4GB version.

A recent report has suggested that the iPhone 8 will feature a camera  which incorporates 3D imaging technology, developed in concert with LG Innotek. Fueling the rumor, Apple recently acquired an Israeli startup, ‘LinX’, specializing in 3D imaging. However, it is difficult to comment on the camera performance but one thing is sure, you can expect some impressive camera capabilities if the features are anything like LG’s current dual-lens offerings.

Apple, by all accounts, is essentially trying to bring their devices up to the standards set by 2016’s Samsung devices. Since iPhone 7 and Samsung Galaxy S7 had around Rs 8,000-Rs 10,000 price gap between them, the same can be expected with iPhone 8. Moreover a recent rumor have suggested that the new flagship will be retailed at $1000 and if, all the above mentioned rumors are somehow infused in a single device and that too, in an iPhone, the price tag doesn’t seem an exaggerated one.

And, as usual, it’s worth noting that Apple Inc. may change the features and specs of the upcoming iPhone8 at any time, even as late as in the production cycle. So, while the above rumors make the new offering worth drooling over, the final product may or may not be exactly like we expect.

Everything said and done, Apple needs to buckle up in order to remain in the competition and should let go of the ‘it’s good to go till it’s selling’ strategy.

That being said, it’s doubtful that Apple’s smartphones are still one of the best offerings, but as cheaper options such as ASUS, Xiaomi, Lenovo and even Samsung and Google have become more competitive, and Apple may find themselves challenged to maintain their stand.