Home Technology Science India Planning to build its own Space Station. Can it be TRUE? 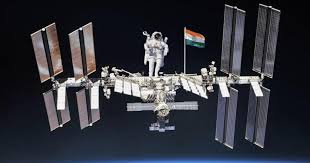 India has been denied the use of International space stations for a very long time even after proving their scientific capabilities in space. The country has decided to build our own Space Station. Here’s the whole story of India’s plans for its future Space program.

Indian space research team was formerly a little laughed about because it produced the best of scientists but they chose to work with either NASA or Other Space agencies and it always faced a shortage of finances. However, this changed when India sent a probe to Mars. The Indians realized the project for a fraction of the usual costs involved in such huge exploration programs conducted by NASA or European Space Agencies. The cost was even less than the cost involved in creating the Hollywood movie ’Gravity’. ‘Gravity’s’ budget was $100 million and ISRO sent the probe to Mars at a mere cost of $74 million. This not only impressed the experts at NASA but forced them to take a deep look into their accounting to reduce expenses.

ISRO(India Space Research Organization has now given a little insight into their future plans. They said that Chandrayan-2 the probe to the moon is planned to be launched on July 22nd, 2019. It is only the second such mission by the Indian space agency.

In the near future, two unmanned test flights are planned before the first Indian astronaut will be launched into space in 2022. This would allow the country to enter an exclusive club because so far, only the United States, Russia, and China have actually sent their astronauts into space.

The biggest thing ISRO is planning to do in the future is building its own Space Station. A space station is used by astronauts to stay in space (as you might have already seen in movies like Gravity or Armageddon). The space station will be used for scientific experiments but the plans of the Indian authorities go even further. It is now clearly known that the construction of India’s own space station will begin after 2022. The Indian space station will stay in space in the long run and allow Indian astronauts to live there for at least 15 to 20 days though the capacity can be increased later. This time is enough to do a variety of scientific experiments. The announcement represents a change of course in India’s space strategy and it’s much more aggressive now. For a long time, the country also negotiated a stake in the international space station ISS but the request has always been denied. Instead, there was even a dispute over the test of an Indian anti-satellite missile, because the wreckage of the test-shot satellite posed a serious threat to the ISS.

Indian Prime Minister Sh. Narendra Modi then described his country as the fourth major power in space – alongside the US, Russia, and China. In this context, the plans for our own space station can be seen as all the other three countries have space stations. The Indian authorities have also emphasized that India is not dependent on foreign monetary aid for the construction of the space station. Financing will also be entirely from our own resources.

However, the Indian space program is not free from criticism in this regard because it is often pointed out that the funds should be better used in the eradication of woes of the common man, then again it is the case with every scientific study or program that involves huge expenditures. However, there are also many experts who emphasize the long-term benefits of the research and therefore consider the spending to be meaningful.