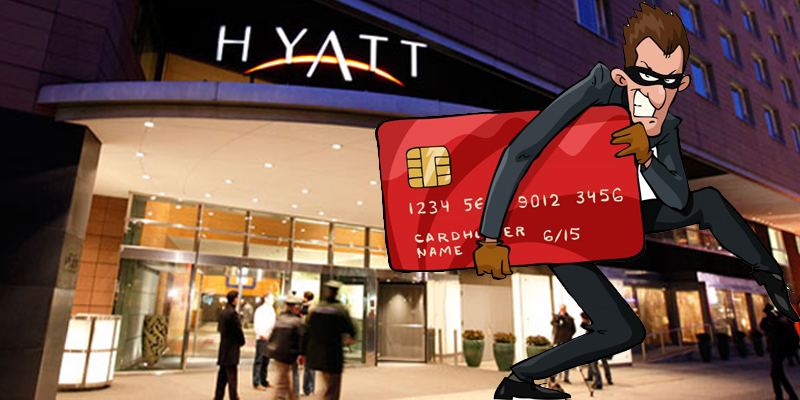 Hacking of major database system is not unfamiliar news to the world. Payment terminals hacked with credit card stealing malware is becoming a real plague. With so many leading companies being hit with malware and viruses, it is evident that credit card payments are a doubtful method of transferring value. The recent attack of increasing cyber-crime ensures that everyone would benefit with melding their expending between cash and electronic transactions.

The most recent example of malware infection was found on the computers used to process customers’ payments, owned by Hyatt Hotels. They have said that they identified malware on computers that operate the payment processing systems for Hyatt-managed locations. The hotel chain advised their customers to keep a close eye on the credit card transactions over the next few months. The hotel corporation is informed their visitors that credit card numbers and other sensitive information may have been stolen, although the company did not notify that the hackers succeeded in stealing the payment card numbers.

Hyatt did not confirm how many of it’s locations were under the hacking attack or how the hackers succeeded to steal the customer data. The world’s leading hotels chain own 627 properties in 52 countries and they have not revealed how many customers may have impacted in this attack. Hyatt Corporation said that they launched a cyber-investigation which includes leading third party cyber security experts. The experts will investigate the malware threat and necessary steps will be taken to increase the security of the computer systems.

The Hyatt Corporation is reassuring their customers to feel confident using credit cards at Hyatt hotels worldwide, but no one can turn a blind eye to the previous cases of the hotels chain who reported a potential data breach this year. Hilton, Starwood, Mandarin Oriental, White Lodging and the Trump Collection are among the others to find malware in their payment systems this year.

Now that leaves the world wondering if the leading and biggest corporations of the world are vulnerable to tHyatt Hotel Found Malwarehese Cyber-attacks, should we begin paying for everything with cash, as it seems no method of electronic transaction is safe.