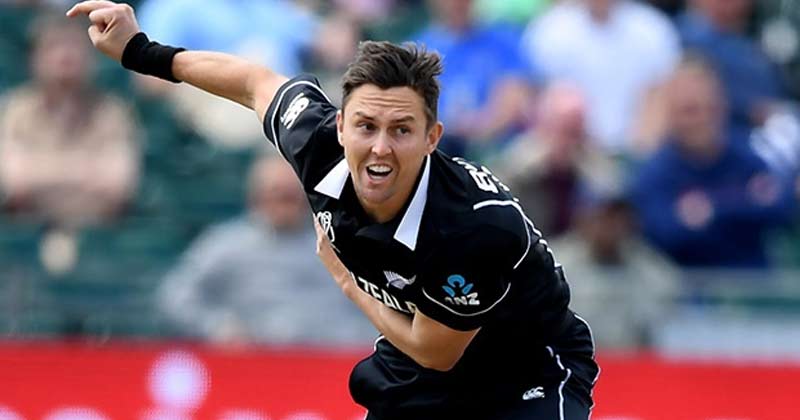 He was New Zealand’s most prolific bowler in cricket’s showpiece event, the just-concluded 2019 World Cup. With 17 wickets, he proved once more why his fast swinging deliveries and toe-crushing yorkers are so highly rated. Moreover, apart from being a bitingly accurate exponent of the white ball, he also doubled up as an excellent agile fielder stationed often in the outfield.

So much of New Zealand’s fortunes rested on his shoulders- didn’t it?

Even as he didn’t end up on the winning side, for his passion and love for playing the great hand for his country, Trent Boult, a key figure in the heartening final encounter against England, has made headlines

But truth be told, in Trent Boult’s world- being in the spotlight- is but a usual habit or call it a regular day in the office. One wonders, what might have happened had he held onto that catch thus removing Stokes without having stepped his foot onto the ropes?

Wouldn’t we all have seen a different outcome to a sort of World Cup final that may not be forgotten anytime soon? At the end of it all, New Zealand, post starring in a 50-over tied game (of 50 overs a side), 2 tied super overs, emerged as the sentimental favourites of the contest, having taken the contest well into its very dying stages, going down to England by only the boundary count.

That was the day, we learnt that even modern batting icons such as Kane Williamson- 578 runs against his name- had to kneel before the often painful and iron-fisted cricket rules.

There was a lot of heartbreak and understandably so, for Trent Boult and his colleagues. The sight of Martin Guptill down on his feat (having already endured a forgettable series), alongside him Jimmy Neesham (someone who nearly won the game for his country following his six-hitting exploits in the super over) who stood frozen in that moment, Lockie Ferguson down on the ground and others hanging around him made for a painful ensemble of talented Kiwis with distressed hearts, their smiles snatched away from them as a set of extraordinary cricket rules proved New Zealand standing at the receiving end of judgement.

Harsh. It was exceedingly harsh, so much so that after a few hours of the much-talked-about cricket world cup final, it was reported that some players just didn’t leave the city. Many Kiwi players, it was reported in news, prefered to stay put in England itself, some unwilling to leave their rooms.

But for the first time, the fiery left-armer has spoken. Upon his arrival at his homeland, NZ pacer Trent Boult shared how he really wanted to cope with the unbearably heartbreaking loss to England in the 2019 World Cup finals.

Ever a simpleton, Trent Boult shared that he wanted to simply take his dog for a walk along the beach and wanted to spend some time in peace.

In his own words, Trent Boult shared- “Well, I’m gonna go home for the first time in about four months. Probably gonna walk my dog along the beach and try and put it aside. I’m sure he won’t be too angry at me,” Boult told reporters. He further added, “It’s not gonna be something that disappears in the next couple of days. It’s probably something that’s gonna be hard to swallow for the next couple of years.”

That said, one must acknowledge the sheer versatility and selflessness of the uncomplicated Trent Boult, New Zealand’s second-most successful bowler this tournament. For someone who’s firmly established himself as Tim Southee’s- also a close friend-new ball partner, Boult, a man of seering pace was seen lend his full support to the likes of Matt Henry and Lockie Ferguson, two bowlers who happened to star in their first-ever World cup outing.