The Ashes | Eng VS Aus | Schedule

The Ashes is a Test cricket series played between England and Australia. The Ashes are held by the team that most recently won the Test series. Overall, Australia has won 32 series, England 31 and five series have been drawn. 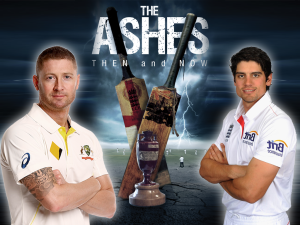 The first Test match between England and Australia was played in Melbourne Cricket Ground (MCG), Australia in 1877, though the Ashes legend started later, after the ninth Test match played in 1882.