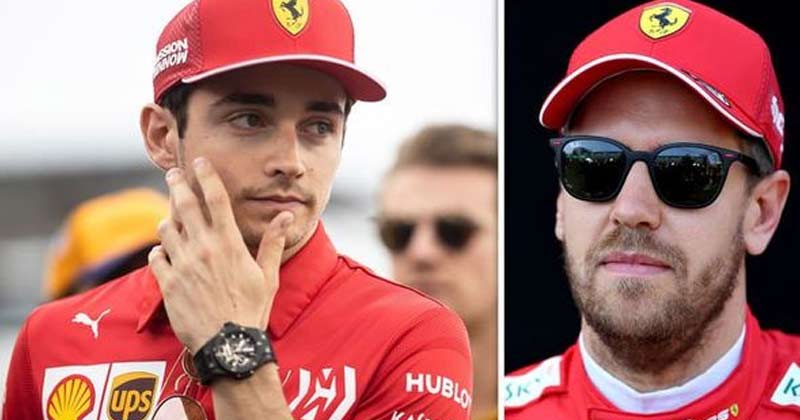 Often, you are either known strictly by the success you directly gather in your field. Or else on other occasions, you are known by the opinion of the others. Four-time world champion Sebastian Vettel seems to be falling ever more closely in this second school of thinking.

While purely on talent, there’s hardly a doubt about the famous German driver but where the current form is concerned, then Sebastian Vettel hardly leaves anything to the imagination.

Not once has he stood on the top step of the podium. So far, with 10 races done and the current season having almost touched the halfway mark, Vettel’s had to make do with only 4 podiums and a lowly P16 at the last race, at Silverstone.

It didn’t help the Ferrari driver one bit that he happened to crash into the Red Bull of Max Verstappen, someone with whom he endured a close wheel-to-wheel contest at Silverstone. Ever since that point, the Heppenheim-born has made poor news, many fans losing faith in the abilities of a man who had made winning a perennial habit where the 2010-13 seasons serve an example.Image: GETTY

Increasingly finding himself as the subject matter of bashful headlines, many of which suggest that the 2013 World Champion is well past his prime, it doesn’t appear as if the pressure surrounding Sebastian Vettel is going to fade away.

And now, a recent critique offered by ex Ferrari driver academy chief Luca Baldesserri has only gone on to cast more doubt on Vettel’s abilities as a driver. The Italian gentleman is of the view that Ferrari should focus their attention on youngster Charles Leclerc, who currently stands just 4 points shy of Sebastian Vettel on the Constructor Standings.

Moreover, Mr. Baldesserri is of the view that Ferrari’s more experienced driver is ‘overrated.’

So what exactly was his contention? Here’s what you need to know:

“I am critical of Vettel. I think he is an overrated driver and not the successor to Michael Schumacher. This is still the driver that won four world championships, but he makes too many mistakes and has to find himself in some way. When Leclerc becomes a more mature and experienced rider, he will need a teammate who can help and support. I believe that Vettel has the necessary experience to become an excellent partner for Leclerc.”