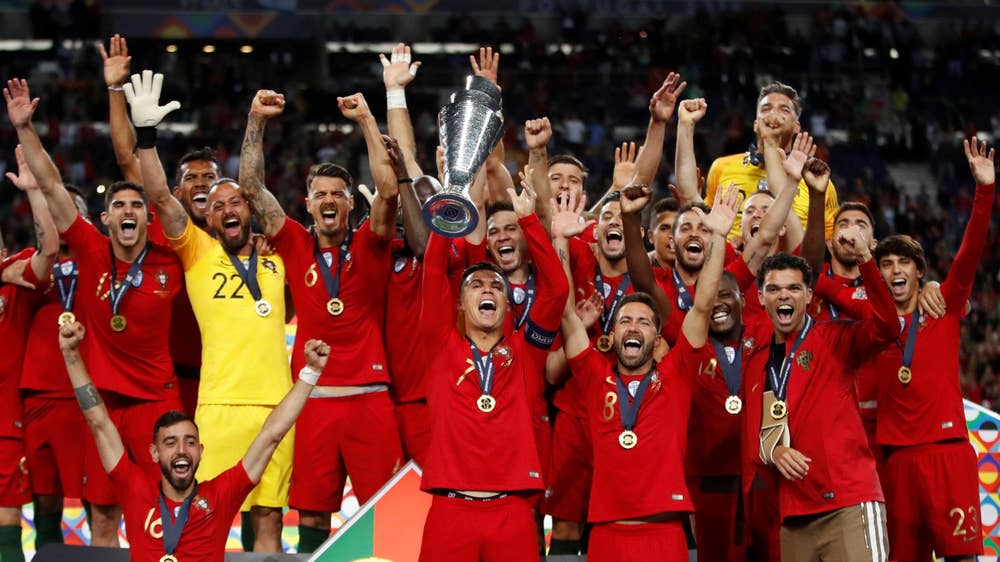 Hosts Portugal have downed Holland 1-0 in the final of the Nations League, thanks to a sublime 60th minute goal from Goncalo Guedes, to claim the inaugural Nations League title, and Portugal’s second trophy in three years.

Led by superstar Cristiano Ronaldo, Portugal are enjoying a golden generation, having won the European Championship in 2016, and adding a second trophy to the cabinet today, something coach Fernando Santos puts down to the unity in the squad.

“For the last five years, we have been an almost indestructible family who know what we are capable of doing,” he said. “We knew we could win this match.”

In a match billed as the ‘Clash of the Captains,’ Ronaldo vs Van Dijk, it was the Dutchman who got the upper hand, blocking a goal-bound strike from Ronaldo, and limiting the Portuguese captain to long range efforts and free kicks.

However, proving that the team is about family more than individual talent, it was Manchester City star Bernardo Silva who did the hard work, setting up Valencia winger Goncalo Guedes to score the decisive goal in the 60th minute.

“I am very happy and very proud. It is my first title with Portugal. After the amazing season with my club, to finish this way is amazing. It is time to rest now and prepare for next season and try to do even better.

“The most important thing is that Portugal won. If you can add to that individual awards, then even better.”

Portugal are now unbeaten in 10 matches and went in as favorites against a rebuilding Dutch outfit who have failed to qualify for the last two major tournaments, however, coach Ronald Koeman felt his team could have been a bit smarter after going behind.

“They were masters at defending when they were ahead,” said Koeman. “We should have been a bit more clever in looking for free kicks. We were not good enough tonight.”

While Portugal will be one of the favorites at Euro 2020, Holland will be hoping to carry their new found form and confidence through the qualifiers to ensure their participation in next summers football showpiece.