Sunrisers Hyderabad won a comfortable seven wickets victory over Mumbai Indians in Indian Premier League (IPL) match at the Rajiv Gandhi International Stadium on Monday. Skipper Warner put up an amazing display of sheer batting as he steer Hyderabad to the victory single-handedly.

Hyderabad won the toss and chose to bowl first. Mumbai Indians got off to a disastrous start as they lost Martin Guptill in the first over. The loss of the first wicket put Mumbai on the backfoot. The second opening batsman Parthiv Patel was dismissed in the fourth over right after he struck two boundaries.

Rohit Sharma and Ambati Rayudu took hold of the game for some overs and that gave Ambati a chance to hit 54 off 49 balls but a big confusion led to Rohit Sharma’s dismissal and Sharma was run out in the eighth over. Despite Mumbai lost another wicket Rayudu played positively with Jos Buttler to get the innings of Mumbai to a stable position. But it was really not a day for Mumbai as Sran took the wicket of Buttler and shooted more trouble for Mumbai.

Krunal Pandya came and rescued Mumbai as he shot a couple of boundaries and sixes that helped the team to cross the 100-run mark. But soon the partnership of 63-runs between Rayudu and Pandya was broken as Rayudu was dismissed. The loss of the fifth wicket put a halt to Mumbai’s scoring rate and losing wickets at the regular intervals the team managed to make a total of only 142 runs with the loss of 6 wickets. 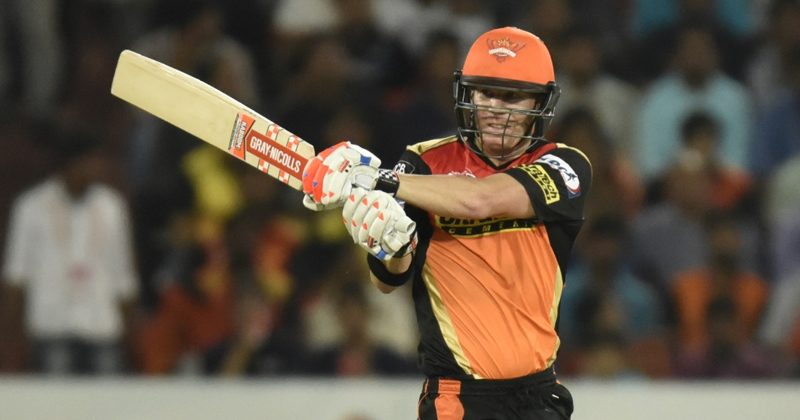 Sunrisers Hyderabad openers David Warner and Shikhar Dhawan came to bat and their innings proved that this match was already theirs to win. Warner struck seven boundaries and four sixes in his innings of 90 runs off 59 balls. However, the second opener Dhawan was dismissed in the very first over but that did not stop Warner from striking amazing hits while playing. The batsman used his experience and scored runs at a good pace. 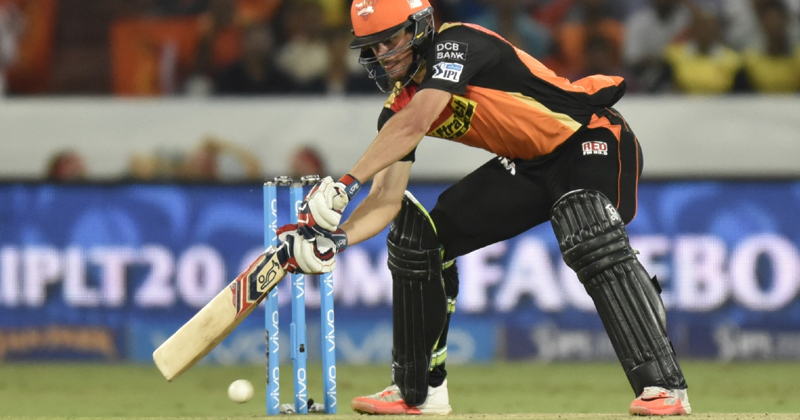 Moises Henriques supported him well and the duo struck an amazing partnership of 62-runs which helped the team to reach towards a win. After 11th over Henriques was dismissed and his dismissal gave some hopes to Mumbai but all Warner needed was a batsman on the other side of the pitch so that he can score for his team and with the help of Eoin Morgan (11) and Deepak Hooda (17), he chased down the total in style posting 145 runs in 17.3 overs with the loss of 3 wickets.

With this win, Sunrisers posted their first win of IPL 2016.