Gujarat Lions were winning constantly and may be a three-match winning streak led them to develop overconfidence and Sunrisers Hyderabad left no chance to thrash it. On Thursday at the Saurashtra Cricket Association Stadium Sunrisers Hyderabad ended Gujarat Lions’ continuous winning streak in IPL as they scored a 10-wicket thumping win over Gujarat.

Hyderabad won the toss and decided to bowl first, chasing was a well-planned decision of Warner. Gujarat got off to a strong start though they did lose Finch early. Aaron Finch who scored 74, 50 and 67 not out respectively lost his wicket for a duck. 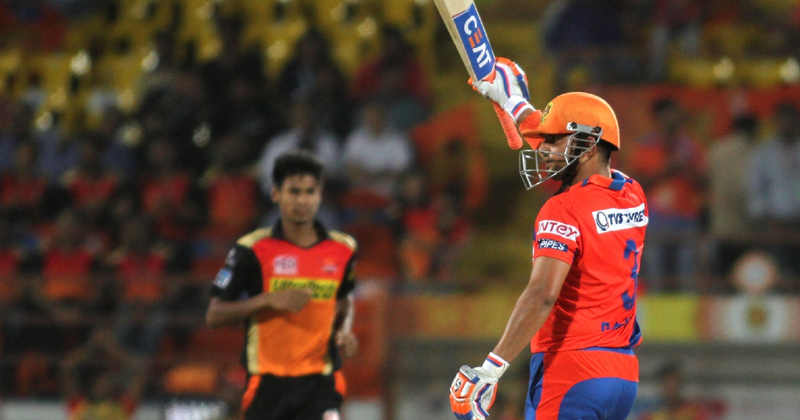 Incoming batsman Suresh Raina and Brendon McCullum covered the loss of the first wicket as from the first ball Raina was on the verge of hitting runs. He smashed 75 runs off 51 balls. The batsman thrashed 9 boundaries in his spectacular innings. Brendon McCullum scored 18 runs off 17 balls but was dismissed by left-arm spinner Bipul Sharma in the 8th over.

Sharma ended a strong partnership of Raina and McCullum which was a turning point for Gujarat. Dinesh Karthik came to bat but was knocked out soon in the 10th over of the match followed by Bravo’s wicket, which fell cheaply in the 14th over. Both of them scored 8 runs each and after Bravo’s departure, Gujarat was 91 for four in 13.1 overs.

Due to the quick wickets, the run rate of Gujarat Dropped but Raina was still on the crease and Gujarat was holding up to that. Jadeja came and smashed 14 runs off 14 balls the batsman who returned to the team after missing a game due to his marriage, was dismissed by left-arm pacer Mustafizur. In the last over Raina was dismissed and Gujarat struggled to make 135 runs with the loss of 8 wickets. For an IPL match, it was an easy target to chase and Gujarat was running out of luck continuously. 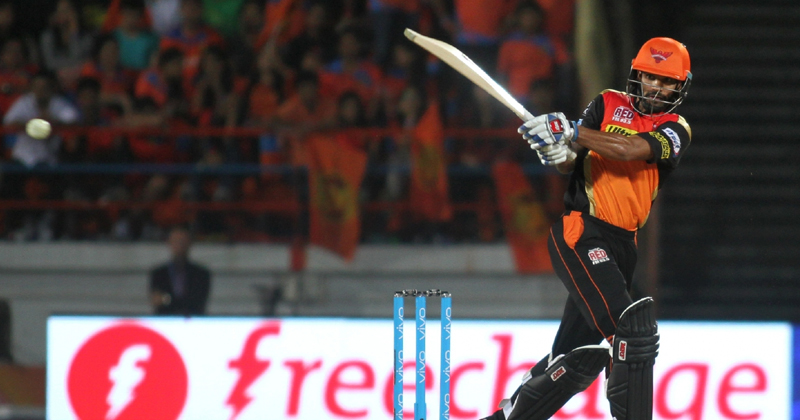 Sunrisers’ innings started and with an outstanding opening wicket partnership between David Warner and Shikhar Dhawan gave them a blistering start. Warner thrashed unbeaten 74 runs off 48 balls and Dhawan played a striking innings of unbeaten 53 runs off 41 balls. 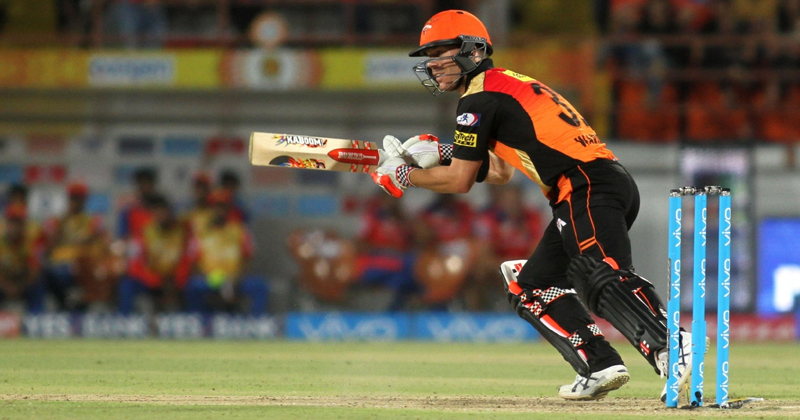 Hyderabad overhauled the small target of 135 runs in 14.5 overs without losing any wicket. The Sunrisers raced to 63 runs in six overs as Warner was playing a striking innings in the beginning. The batsman hit 9 boundaries during his innings. Dhawan was back in his form and hit some trademark shots in his innings. The partnership of Dhawan and Warner registered an easy win for Hyderabad.

Gujarat’s captain Suresh Raina utilised all the seven bowlers of his team but none of them managed to break the partnership.