Two months-long celebrations of one of India’s favourite and most followed sports came to an end last night, with Chennai Super Kings hailing as the winner of the league. Everyone somehow knew about the result, they all believed it to be CSK’s day, match and the entire league, but no one could even think of all that happened in the match.

Some memorable innings were played and there were players who came ahead with their best shots to lead their team to a third win in the Indian Premier League. 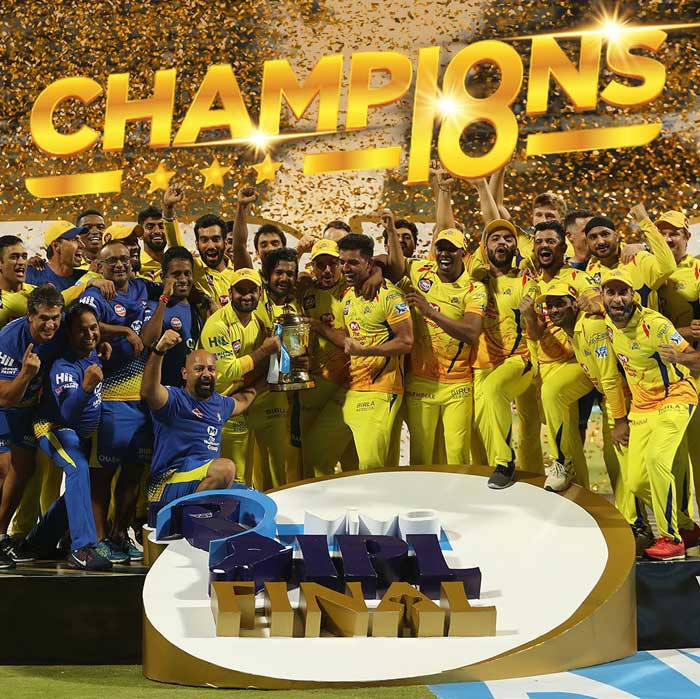 This was quite possibly the fairytale tale comeback, CSK longed for and they rocked it right from their very first match to their last one. And, their last night’s win not only resulted in a bunch of happy fans cheering on social media and even in the stadium, but there were also some who grabbed this as the perfect opportunity to make some hilarious memes on it. Check all of them out here, they range from Shane Watson’s batting to Bhuvneshwar Kumar’s bowling to Yusuf Pathan’s undying will and everything in between.

Experts : #IPLFinal will be high voltage game between #CSKvSRH , huge pressure on dhoni to defeat them for 4th time in same year

Tonight will decide the dinner as per the winning team .. 🏆
Will it be BIRYANI or SAMBHAR CHAWAL. #IPLFinal

RCB didn’t retain KL Rahul, Shane Watson, Chris Gayle for this season of #IPL and all of them played magnificent cricket this season.

Following the match was the award ceremony in which the best of the best from the league were awarded for their work. Here’s the full list of winners, in case you missed it.

Are you happy about who won what or do you think someone else was a much better fit for certain titles?

The entire league, in term’s CSK’s perception, seemed to be a good concoction of perfect family-friendly matches. Where the kids of the players were always in the front row to cheer for their dads and then making headlines all around the Internet for being the cutest. This tells one a lot about how CSK went ahead with their strategy for the league. There are tons of players in the team who were always surrounded by questions regarding their age, and this win might stop it all from happening again, at least we hope so.