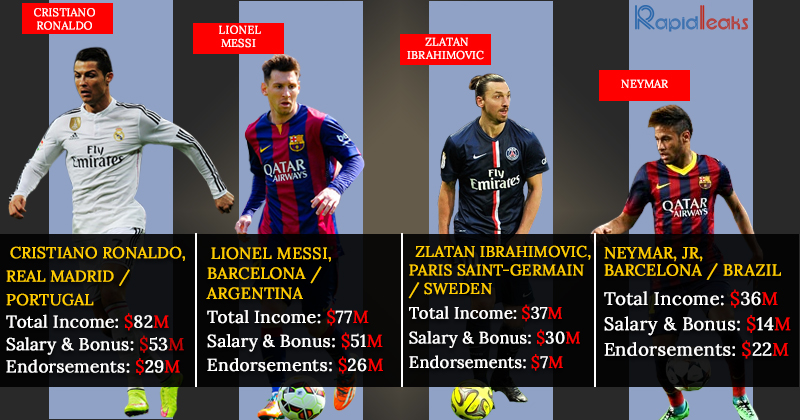 Most of the people know about the two best male footballers in the world Ronaldo and Messi. But how many of you know that they are also the highest paid footballers on and off the ground. There is only a slight difference in the money that separates them in the list but the greatness makes them entirely different from each other.

Not much of the people have the idea about how much the world known footballers earn, so we have compiled the list of 10 highest paid footballers of the World and you will be shocked after reading this.

The payment figures are in the USD and the details consist of their soccer salaries, bonuses, and endorsements earned in 2015. Do not get your heart racing as the list starts with two of everyone’s favourites.

Goal Them All Here:

And you thought only actors and cricketers make money out of the game and advertising.

Take your time to get out of the surprise that just hit you.