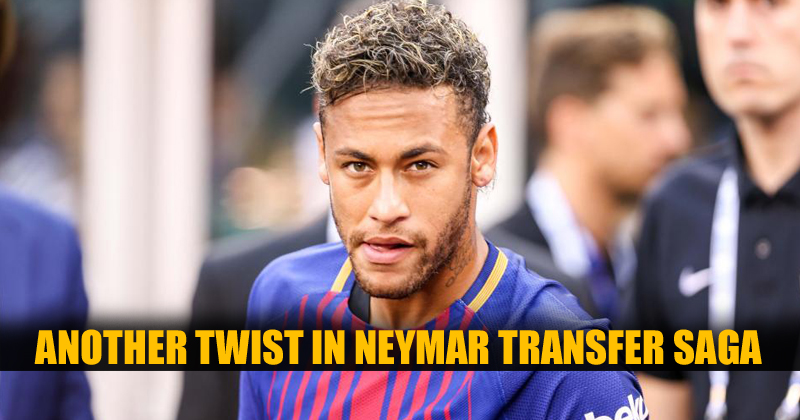 Neymar’s Transfer from Barcelona to Ligue 1 Champions Paris-Saint Germain has been one of the most talked about topic in Club football and when both the clubs called sudden press conferences half an hour apart, it looked like the Neymar transfer has been finalized and these press conferences were more of an unveiling. However, the saga is far from over.

Paris Saint Germain outright banned all the questions related to Neymar’s Transfer during the press conference and quickly kicked in the topic of their next game against Juventus. Unai Emery said, “There are times to talk about the team and others to train and talk about the game. But at the moment, our sole intention is to prepare for Saturday’s game (against Juventus). The club is working well and will continue to put all our chances on our side as well as motivate the players to achieve a good season”.

Edinson Cavani too faced some questions from the media about Neymar’s transfer and he said, “We are talking about a great player here (Neymar). Everyone wants to play with the big players. At the moment we are a team and for me, my teammates are the best. That’s all that counts and if a new player arrives, he will be welcomed.”

Football fans around the globe were somewhat dejected by the development of this press conference as they were expecting an official statement about Neymar’s Transfer. On the other hand, talk is rife about Neymar’s imminent signing for £195 million by PSG that should be complete by the end of the week and after what Barcelona officials said during their press conference 30 minutes later, there sure is a spark behind this fiery rumor.

Gerard Pique, who shared a picture with Neymar on his Instagram captioned, “He stays”, opened up on Neymar’s transfer while speaking at a press conference before Barcelona’s International Champions Cup clash with Manchester United.

He said that the caption was merely his gut feeling and his personal opinion and the person who will announce if he’s staying or not is Neymar himself. He added, “When we speak with Neymar we try to make it clear that he’s a lot more than just a team-mate. He’s a friend too. It’s also understandable that he’s having a think about his career, he’s 25 years old and he’s a unique talent. Neymar has options on the table and that’s caused him doubts.”

Javier Mascherano too shared his thoughts during the presser by saying, “We feel that Neymar will stay because he’s important to us all on a footballing as well as personal level.”

After witnessing both the pressers, football fans has been left in even more frenzy as while it is clear that PSG has indeed approved Neymar for a world record transfer for his £196 million release clause and £27 million-a-year after tax for the player himself, PSG is yet to finalise the agreement and with the transfer window barely being open, it looks like Neymar is going to play for Barcelona for another season.

However, if things come in the line for Paris Saint Germain and they are able to pen down Neymar’s transfer, it would be the biggest ever signing of the decade.

Reports suggesting that Neymar is struggling to rise as the key man in the shadows of Lionel Messi and Luis Suarez and the same has forced him to evaluate other opportunities (clubs) to lead from the front. If Neymar’s transfer happens in real, he will have the opportunity to lead at PSG and fill the void left after Zlatan Ibrahimovic’s transfer.

In the coming years, PSG is looking to become a dominant force in Champions League and Neymar’s Transfer will help them in taking the first big step towards it. However, in 186 appearances for Barcelona in all competitions, the 2016 Olympic gold medalist has netted a staggering 105 times and Camp Nou would also love to continue their association.