As Chelsea beat Manchester City 2-1, Jurgen Klopp’s team is looking forward to winning the championship for the first time in 30 years.

Liverpool FC might finally build a monument for Jurgen Klopp. Jurgen Klopp will go down in Liverpool FC history with a milestone in his successful career as a club legend. The 53-year-old and his team brought the football championship to Anfield for the first time in 30 years, thus ending the long waiting period of the traditional club from the working-class town in north-west England. Klopp is the first German coach to do this in the mother country of football.

The team benefited from defending champions Manchester City when they lost to Chelsea 1: 2 on Thursday evening. As a result, the Reds can no longer be overtaken by the runners-up seven games before the end of the Premier League season. In addition, Liverpool is being called the first ‘Ghost master’ in history because due to the corona pandemic, the games in England also took place without fans.

Liverpool had increased their points account to 86 points on Wednesday with a 4-0 win over Crystal Palace and celebrated the long-awaited title win in front of the TV on the couch. Man City is 23 points behind the champions. The team of Coach Pep Guardiola can only get a maximum of 21 points in the remaining season games which makes Liverpool FC the champions with 7 games remaining.

Klopp is the first German coach to become the champion of football in the English Premier League. After winning the Champions League and the World Cup, it is the third title with the Reds for the 53-year-old and the most important one so far. Now he only needs to win the FA Cup for his collection. This season, the fifth under coach Jurgen Klopp, Liverpool have won 28 of 31 games, drawn twice and lost only one game.

The fans had to wait three decades for this moment. Liverpool has been close a few times. The 2013/14 season was particularly tragic when Brendan Rodgers’ team missed the title that was believed to be certain two games before the end. In the previous season, the Reds were already at the top with a seven-point lead. In the end, however, they narrowly missed the first title since the launch of the Premier League as the best runner-up with 97 points.

Also Read – The Biggest Football Rivalries of all Time

However, neither bad luck nor the petty team issues seem to stop Jurgen Klopp’s team from winning titles upon titles. Winning the premier league title is a huge achievement for the team, especially with 7 remaining matches which only goes on to prove Jurgen Klopp’s leadership. 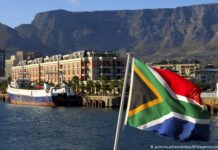