Barcelona is going for the kill this season and apart from being the leader of La Liga tally, having a comfortable lead of 18 points from the defending champions Real Madrid, the Catalans have also added a new face to their lineup by singing Philippe Coutinho from Liverpool this month for a club record £142 million.

But with Barcelona eyeing every major silverware this season, the Brazilian International joining the club is not the only change that the Camp Nou might witness this season. According to the Spanish publication, Don Balon, Barca President Josep Maria Bartomeu is looking to further shake up the squad in summer.

The report further adds that Bartomeu main priority will be finding a deserving replacement for Luis Suarez and he has fixed his eyes on Ajax striker Kasper Dolberg to replace the Uruguayan striker.

Kasper Dolberg has been turning heads in Holland since the last couple of seasons and has scored 31 goals in 73 appearances in all competitions for Ajax.

On the other hand, as far as his 2017/18 season is concerned, Luis Suarez has scored 11 goals in 15 appearances in La Liga, while he is yet to open in the Continental league despite having played in six games. If these stats have to go by, they are better than that of Cristiano Ronaldo’s who is having a forgettable season so far.

But why has Kasper Dolberg been marked as the perfect replacement for Luis Suarez then? If Bartomeu’s approach of signing new players is concerned, he might be looking to find a long-time replacement rather than kicking him out after this season.

Whatever the case might be, Lionel Messi is not happy with Barcelona as they are on a lookout for someone to replace his best buddy on the field and off it, and has asked the club to never let go of Suarez, at least until his own contract expires.

In the year 2016, when Manchester United was looking to sign Luis Suarez for a world record transfer fees of £135 million, Josep Maria Bartomeu has clearly said that the club is not going to let go of the striker as he is the future of the club and is very happy with Lionel Messi and Neymar.

But with Neymar out of the picture now, Barcelona has learnt it the hard way that anyone can leave a club if a player sees a better opportunity elsewhere and Lionel Messi believes that if Bartomeu continues his hunt, Luis Suarez will himself walk off to join another club, which Barca can’t afford, as of now. 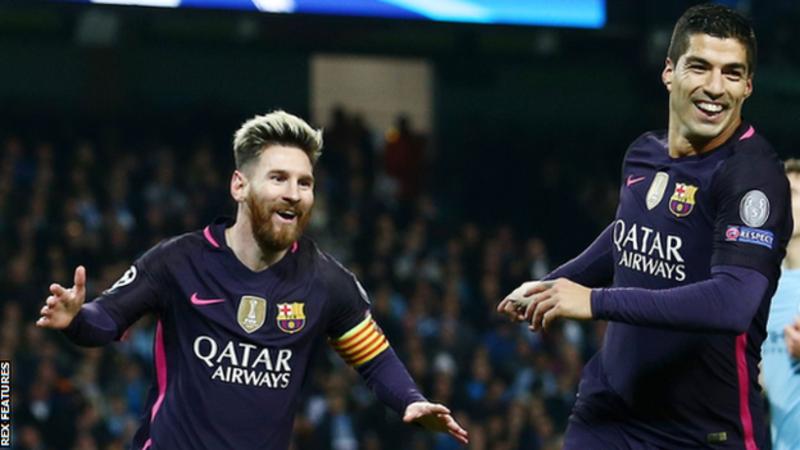 Luis Suarez has been at the Nou Camp since 2014 and in December 2016, penned a new deal which will see him playing for the Catalans until 2021. With Lionel Messi fuming on the issue and considering the need of the hour, Bartomeu can’t just go in the market for a new striker as Suarez himself has found his form having scored six goals in his last five La Liga games.

Do you think Luis Suarez’s best days are behind him or Lionel Messi is right on his part?