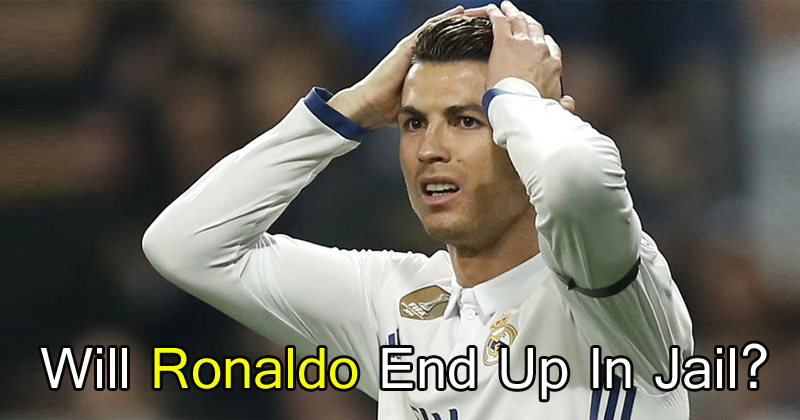 All was going well for Cristiano Ronaldo after a glorious season that ended with a European double for Real Madrid and the player becoming the first one to score 100 European as well as Champions League goals.

However, Cristiano Ronaldo might be cursing his stars because he has ended up being into another controversy and this is the one that every star footballer has to go through at least once during their career.

He is said to have avoided taxes by funneling income from image rights through a series of offshore companies, which is the same income that Ronaldo capitalizes on other than the millions he receives from Real Madrid that made him $93 million last year.

If this update sounds vaguely familiar then we are on the same page here. The use of separate offshore companies to hide income coming from image rights is the same accusation that Lionel Messi was recently subjected to just like his Barcelona teammate Neymar Jr.

Cristiano Ronaldo seemed immune to the tax allegations like these which have affected several famous soccer players, including the likes of Lionel Messi and David Beckham, the former being found guilty of tax evasion last year, however, his sentence was upheld this year.

In Cristiano Ronaldo’s case, Spain’s Ministerio Fiscal issued documents stating that the payments to Ronaldo in 2014, which covered his image rights from 2011 to 2020, were made at the end of December 2014, just days before the termination of the country’s so-called “Beckham law”.

Under the so-called ‘Beckham Law’, which introduced around the time when David Beckham joined Real Madrid in 2003, foreign players were not taxed on offshore earnings, including the payments generated in their home nation.

Cristiano Ronaldo’s management team, Gestitute, has issued a statement, saying, “In the case of Cristiano Ronaldo, no income was hidden at all, since the taxpayer settled and paid taxes at the time he collected the income (within the period legally established and previous to any tax inspection). In conclusion: the declared amount can be discussed, but it is clear that the football player did not try to evade taxes”.

If convicted, Cristiano Ronaldo could be sentenced to prison but keeping in mind Lionel Messi as well as Neymar’s case, it seems almost impossible because of the legal teams to support them.

Since the Football leaks, last year, Cristiano Ronaldo has remained silent over the issue, however, he once said, “There are a lot of innocent people in jail and I feel a bit like that. You know you didn’t do anything wrong, and they say you did something wrong”.

But since the accusations are on Cristiano Ronaldo, Spanish authorities are expected to come right at it and the player might have to visit the court a couple of times.

However, tax evasion is a bug that has bitten numerous players in the past and since they cash in so much from image rights, discrepancies tend to appear and in some cases, even the player himself is not aware of them, the same happened with Lionel Messi.

As for Cristiano Ronaldo being sentenced to prison, it is highly unlikely to happen and if convicted, the maximum that can happen is, Cristiano Ronaldo will end of taking out some millions from his bank account as a penalty.