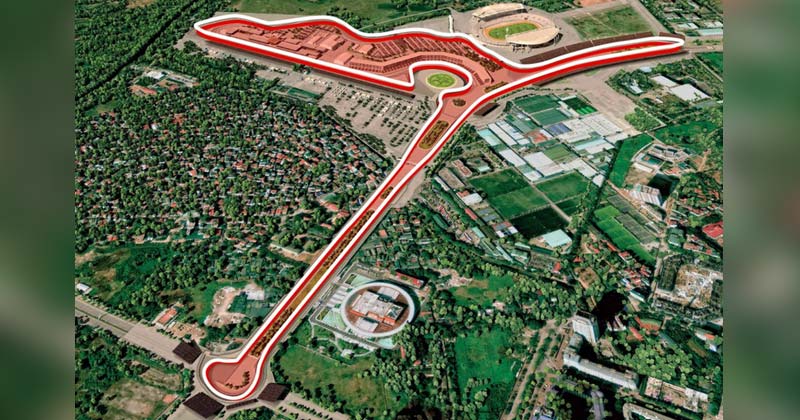 The inaugural Vietnam Grand Prix, reports are suggesting at this point in time, is set to be postponed. This, it is needless to say, is down to the prevailing and threatening Coronavirus scare. No more in the land of the great Ho Chi Minh are we going to see 20 cars and therefore, 10 teams race away with full might and quintessential feistiness at the predetermined time.

The much-anticipated Vietnam Grand Prix was always slated to be the third race of the season, post the starter at Australia, followed by Bahrain.

This basically means that the Round Three of the Formula 1 2020 season, has been postponed until further notice.

In fact, not just that, the first round of the race, set for Melbourne, which is the standard venue for the year-opener is also mired in some doubt. While it isn’t known to what extent has the Coronavirus scare impacted the upcoming 2020 Australian Grand Prix, but what can be said with confidence is that there are chances of the race being held behind ‘closed doors.’

This simply means that, if it turns out to be true, then the Formula 1 race would be held ‘behind curtains’ or minus any audience.

Safety always comes first and should, above and beyond anything, right. And therefore, that’s the key to ensuring that neither fans or drivers who are competing (as it is odds, in a sport utterly dangerous and risky as Formula 1) get anywhere in the proximity to the Coronavirus.

In fact, there are also concerns about whether we might get a normal race at all, this weekend. Nonetheless, this is anything but the kind of start that doting fans and racing nerds would’ve wanted from the catchy and palpable world of Formula 1.

Here’s what some media outlets reported about the inaugural edition of the Vietnam Grand Prix being delayed:

The country has suspended visa waivers for UK citizens, with visas only accessible via government-approved tour companies, therefore restricting access.

Whilst Vietnam has only reported 30 cases of Covid-19, it’s believed that figure is far higher with Vietnam sharing a 796-mile border with China and the location of the grand prix, in Hanoi, is just 200-miles south of that border.

The virus has already had an impact on F1 with the Bahrain GP taking the decision to race behind closed doors. The season-opening Australian GP this weekend is, however, going ahead as normal.

That being said, the common narrative for Formula 1 for 2020, apart from the threatening and maddening scare of the Coronavirus remains what it is:

Mercedes are going to start as favorites with iconic driver and where it stands currently, six-time world champion Lewis Hamilton standing on the cusp of clinching what’ll be a fantastic seventh world title.

But standing in his way will be the two Red Bulls and as many Ferraris, the latter, having attracted several problems related to the availability of car parts and aspects of car developments, both of which have been derailed due to the Coronavirus epidemic, which’s engulfed several parts of Italy.