Home Sports F1 Hamilton won a dominant race but what are the 5 questions that... 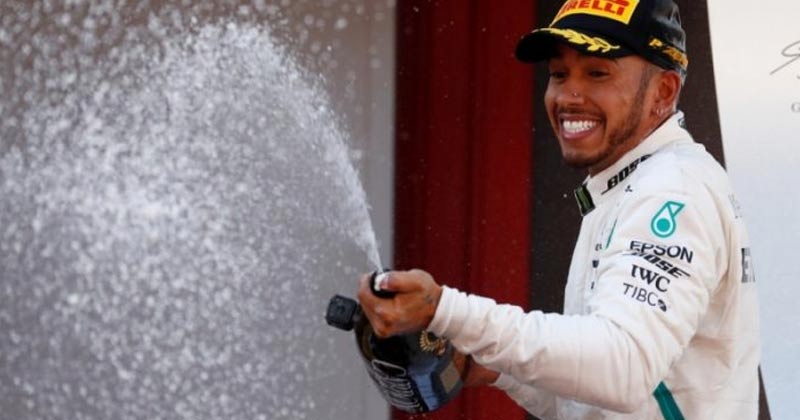 There was utter domination by arguably the best driver on the grid here at Circuit De Barcelona-Catalunya and it was that man right on top again- Lewis Hamilton. Ensuring a golden drive for the Silver Arrows, there was no way that Mercedes were going to be stopped on a weekend that utterly belonged to the four-time world champion and little could anyone do to curtail Lewis’ marauding charge.

In winning his 64th career race right ahead of an incredible 74th career pole that he clinched on Saturday, Hamilton produced a gala Sunday for the Brackley-based outfit and secured his first back-to-back win for the season following his triumph at Baku, Azerbaijan.

In so doing, teammate Valtteri Bottas ensured that by clinching a well-deserved second place finish, Mercedes earned their first one-two finish for 2018. And if this is, in any way a sign of things to come, then the likes of Ferrari and Red Bull will have to watch out. Although of the remainder of the teams, only Red Bull had something to write home about with Max Verstappen securing a third-placed finish just behind Bottas to complete the top three at the Spanish Grand Prix.

But that told, what are the five key questions, possibilities that the 2018 Spanish Grand Prix unfolds?

Is Vettel on the backfoot?

Before heading into the super-Sunday at Spain, the gap between the German driver and the Briton wasn’t all that great. Ferrari’s Sebastian Vettel trailed Lewis Hamilton by only a dainty margin of 4 points. In the immediate aftermath of Hamilton’s dogged triumph at the Spanish Grand Prix, the gap has opened by some margin. Vettel currently trails Hamilton by 17 points. So what does this mean? Is Hamilton on the charge now and is Vettel visibly not only on the backfoot but also reeling with some mental agony? It’s anyone’s call.

All that can be said is that Ferrari didn’t have the greatest of runs here at the heart of Spain with their lead driver securing just a P4. If Hamilton’s form is any indication, then Vettel can expect some red-hot battles ahead of the season that is beginning to turn Mercedes’ way.

Does Alonso still have a lot of fight in him?

McLaren’s ace Fernando Alonso still has a lot of fight in him. Even as a P8 may not indicate Fernando Alonso’s true potential but it wasn’t hard to spot that El Nino was driving with the hunger and will that one sees in a first timer who races with starry dreams in his eyes.

Engaged during the earlier stages of the Spanish Grand Prix to fight back the lost places, having conceded P8 in the wake of the deployment of the Virtual Safety Car, Alonso fought hard and fast against the likes of Force India’s Ocon and Sauber’s Leclerc.

Then later on in the 66-lap competition, Fernando Alonso made a sterling move on Leclerc on Turn One to move up into the eighth place, regaining the lost spot. He may not have finished inside top three, but Alonso certainly gave his home crowd something to cheer about. We’ve also got to regard the fact that the only driver to drive home some points in his MCL 33 was Alonso, as teammate Stoffel Vandoorne race retired having lost the drive in his car.

Can Verstappen use Spain’s effort to go even better?

It’s not always that one of F1’s prodigious talents goes on to experience a dubious distinction. The fan-anointed nickname ‘Crashstappen’ may not exactly be what Max is seeking in lieu of his efforts in the pinnacle of motor-racing. But controversial moves even in the past season that hurt his game, exacerbated by a widely-debated crash on Lap 40 at Baku that saw a double-DNF for the Red Bulls have earned Verstappen an olive branch from fans and racing pundits.

With these uninspiring scenes at the backdrop, securing a third-place on the podium at the Spanish Grand Prix was just the kind of comeback that the Dutchman would’ve wanted. Moreover, his constant two way battle in the closing stages- ever since he deftly touched the Williams of Lance Stroll(leading to severe nose damage)- fighting Bottas up in second and defending from Vettel on his tail earned Verstappen a lot of praise. The unyielding fight with the Ferrari driver also earned Max his first podium of the year. The question is, can Max continue to drive for fighting finishes and escape accidents?

When you look at the 2018 driver’s standings, you find that almost every noted talent has opened the account this year save the Frenchman Romain Grosjean. Even familiar backmarkers- Marcus Ericsson, Brendon Hartley- have scored a solitary point apiece. So what’s gone wrong to Haas’ Romain Grosjean? Following a DNF at Baku, there was nothing savoury for the driver at the Spanish Grand Prix either as he crashed in the opening lap itself and much to his chagrin earned a three-place grid in the aftermath.

What’s bizarre in Grosjean’s case, a driver who seems to get schooled in the art of racing is that on both occasions, his DNFs at Baku and Catalunya were purely a result of his errors. In the former, where he somehow found a way to crash into the barriers whilst warming his tyres even as the safety car was deployed, his first lap exit at Barcelona saw him spearing across the track whilst he had his foot on the gas. On both occasions, others weren’t at fault. What’s happening to Romain?

Is Kimi desperately short on luck?

No other driver on the current grid has against his name the record of a double DNF in back-to-back race entries at the Spanish Grand Prix since 2017, other than the Iceman. But when it comes to Spain, it can be seen that Kimi’s ice is melting, or is it?

Despite having had a new engine (power unit) installed to his SF 71H earlier in the weekend, Raikkonen’s car died in the middle of the race, leading to the Finn to retire prematurely. This meant that Raikkonen hasn’t scored a point in Spain in the last two years and in the process endured a second mechanical failure of the year.

You realise Raikkonen’s woes are much worse when you consider ways to escape the reality that confronts him at Ferrari; one concerning the Tifosi unit’s driver-preference ideology.