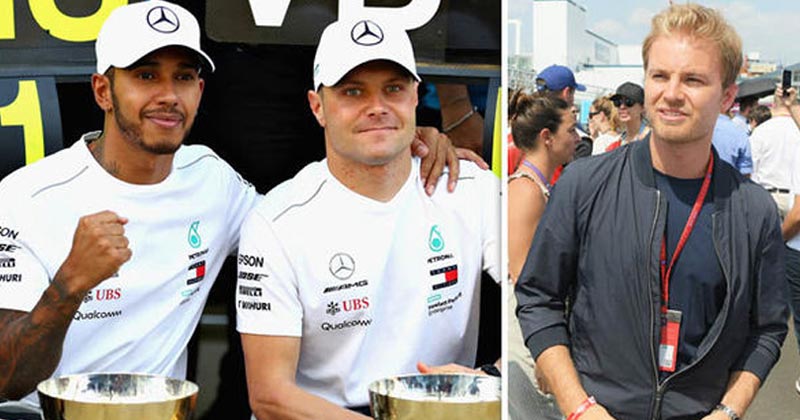 The way his equation with Lewis Hamilton, once a former teammate at Mercedes plunged from being a close-friend into being a bitter rival deserves to have a documentary made on it, if not a full-length feature film. In fact, so utterly competitive was the duo in its day, not too long ago in the tectonic world of Formula 1 that actually imagining a Ron Howard-like feature on the same lines as Rush- capturing their heated rivalry that pushed Mercedes to the top of its game- doesn’t seem like a bad idea on the big movie screen.

What’s more? He’s himself admitted that he thought he needed ‘therapy’ in his bid to beat his famous Silver Arrows teammate, Lewis Hamilton. There’s never really a dull day in F1 when it concerns Nico Rosberg.

The former world champion from Germany, now a Sky pundit and commentator has been the only successful man in the past half a decade to have actually taken the fight to Lewis Hamilton, a five-time world champion, going as far as beating the Briton back in 2016.

While competitors, there are many from other teams. But so far, from the onset of 2015- only one man has gone on to beat Lewis whilst driving the same car, competing from the same team. Back in 2016- Nico Rosberg reached his peak performance in F1 but ever since hanging his boots immediately after quitting professional Grand Prix racing, the German driver, son of the iconic Keke Rosberg, has often found hounding criticism for his observations of a sport he achieved much of his fame from.

So it could be said that ever since he’s donned the pundit’s hat, seldom shying away from calling a spade a spade, Nico Rosberg hasn’t really stirred popular imagination for his off-track comments. He recently generated attention for saying that Kimi Raikkonen could’ve achieved a ‘lot more’ had the Finn been hardworking and now, he’s had a few observations on Lewis’ current teammate, Valtteri Bottas.F1 Fanatic

While Bottas claimed a notable pole at Silverstone, Lewis Hamilton’s home Grand Prix, it would all go down Hamilton’s way come the race-day as the Stevenage-born driver would claim his sixth British GP victory, a record-breaking feet.

As for his comments on Valtteri Bottas, Nico is of the view that in order to beat the most dominant man on the grid, the Finn would have to work really hard.

Here’s what the German had to say:

“You can see he is working very hard and is very dedicated. It’s his big strength.

Last year he had a hard time, but he’s taken big steps this year. It’s because of all the small details,” said Rosberg. “Even his beard bringing publicity was important.”

Rosberg added to the above by stating that if he’s to beat Hamilton to a world championship, then Bottas would have to harden his personality, a bit like how he himself did it back in the day.