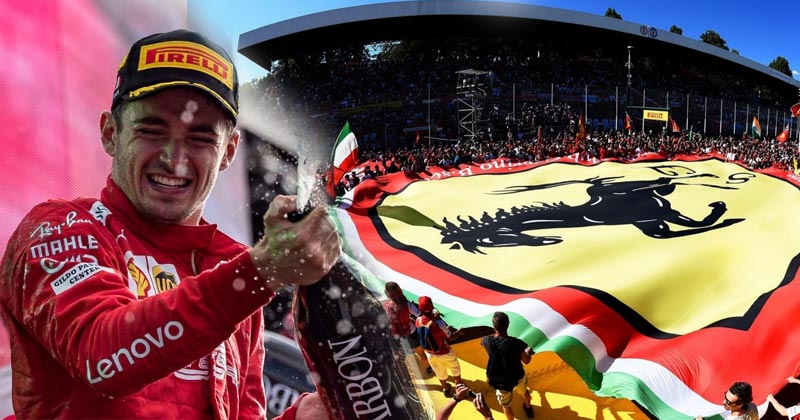 Everyone’s waiting for the curtain raiser of 2020. It’s been a while since we had racing. The season was scheduled to go underway in March. Nearly a quarter of a year since, there’s no racing yet.

Wherever you look today, you find real racing replaced by Virtual Grand Prix Racing. Whatever works- who wants to complain.

But in comes this big news. Days after it was announced that the season would finally undergo come July 5 at Austria, another big announcement came in the form of new F1 deals for a fancy troika of tracks, an integral part of the European season.

In handing new F1 deals to Hungaroring, Monza, and Spa-Francorchamps, the world’s fastest form of motor-racing has done something for which it must be lauded.

For starters, it’s kept up the ante of excitement that’s guaranteed by the news that three of the most famous and widely-admired racing venues are going to continue featuring on the calendar.

The F1 romantics, fans of hard core old tracks can contend with gladness that venues best known for Alonso notching up his maiden win (Hungaroring), the place wherein Leclerc would drive home the checkered flag winning a close tussle with Lewis (Monza) and the place that registered the fastest lap in the sport ever (Spa-Francorchamps), are going to stay on the roster.

They are not going anywhere for a year, as per latest confirmation.

Secondly, with the new F1 deals, the level of anticipation of what lies ahead is nearly doubled at a time when the announcement that Spielberg (home to the Austrian Grand Prix), Silverstone (British Grand Prix), and probably Sochi too (if the authorities give confirmation) will host two races lifted the paddock mood and those of the fans just days ago.

That said, let’s dive into the details of the new F1 deals for three famous racing venues that have witnessed some exciting backbreaking contests over the course of the past few decades:

First, the CEO, Hungaroring Grand Prix Mr. Zsolt Gyulay shared, “We did our best during the discussions to get a good agreement both for the country and the sport even in these challenging times.”
He’d also add,”We cannot say exact numbers, but (the) rights fee is a fragment of the one we pay in case of an open event. Furthermore, we have achieved an extension in our contract, so now it is valid until 2027 instead of 2026.”

Interestingly, apart from being one of the most-attended races and a widely-followed contest, the Hungarian GP sees a large quantity of Belgian and Finnish fans, in particular.

Moreover, it’s part of a checkered racing history, having featured on the yearly roster ever since 1986- a facet that puts it in the same league as Monza, which has been continuously held over the last three and a half decades.

That said, an official word came in from the CEO, Spa-Francorchamps, a track where recently Charles Leclerc’s maiden win finally ended Ferrari’s woeful run of 2019, also a venue most noted for one of the most famous and highly cited overtakes ever, when Hakkinen passed Schumacher at the Belgian GP of 2000.

Vanessa Maes, said: “This year’s event would be organised outside of the regular promoter contract, which had been extended to 2022.”

Interestingly, the “Cathedral of Speed” Monza finds its new F1 deal extended until 2025- what a massive news!

All of that told, the only catch is that none of the three racing venues are going to hold any spectators whatsoever and are branded “spectator-less” races in lines with the Covid 19 pandemic.