When the current F1 season started, there were hopes to see a titanic feud at the front of the grid. One had hoped to witness the familiar wheel-to-wheel battle between Vettel and Hamilton. Two modern superstars of the sport and two unwavering heroes admired for their unabashed ability to pull on a spectacular fight- you don’t expect anything less than extraordinary from Lewis Hamilton and Sebastian Vettel.

The Mercedes unit too, having lapped up the most number of laps during winter testing expected another fighting phenomenon to outpace Ferrari’s, Sebastian Vettel. But it was anything that was desired.

From what ensued in the first three GPs, it hardly looked the part that Hamilton would even get close to Vettel who prior to entering the Azerbaijan Grand Prix, had already secured 2 wins to Hamilton’s none.

And now with the 5th race on the calendar all set to begin on Sunday, the fortunes, it can be seen clearly, have reversed. Vettel, who prior to Baku’s imposing challenge had been spearheading the 2018 Driver’s standings had been dominating is currently second, behind only Hamilton. The familiar sight at the front of the grid is soaking in the great turnaround, lest it is forgotten that for the Briton, it has to last for more races in the fold.

Having just secured a remarkable 74th pole of his career and the fourth of his run at Spain’s ebullient track- plagued with slow corners and challenging chicanes- Hamilton seems to be primed for a bull run at Circuit de Barcelona-Catalunya. This, mustn’t be forgotten is Hamilton’s second pole position in 2018 season and has resulted in a front row lockout for Mercedes, perhaps now making Ferrari a dainty figure?

Currently, here’s how the top three pan out for an all-exciting Sunday run at the heart of Spain:

Making most of a crash-hit practice on the vital Saturday, Lewis Hamilton provided the sparkling and dominant headline in a curtailed qualifying session that saw the New Zealander Brendon Hartley losing control of his Torro Rosso, crashing into the barriers on the tricky Turn Nine. The rear of his car was destroyed by the high-speed impact, both rear wheels and the rear of the gearbox were left hanging by their tethers, but Hartley was unhurt, if severely dazed.

While there was no of relief for teams like Williams and Force India- with both drivers of the teams failing to get within the top ten, it can’t be said so for McLaren.

The driver of a newly reformed car no.14- Fernando Alonso, clearly a relieved man, resurgent in his fight for competitive finishes (thanks to the new, stable Renault engine) this season managed P8 while both Red Bulls of Max Verstappen and Daniel Ricciardo- looking decent on qualifying pace throughout Friday- secured a P5, P6 respectively. But while fans will rest a lot of curiosity on the tantalising prospect of a Mercedes vs Ferrari battle despite Hamilton clinching pole, leaving Vettel and teammate, Raikkonen on P3 and P4 (respectively), it’ll be fascinating to see if Ferrari can make a race out of a contest that at present sits so skewed toward producing a Mercedes-special.

One cannot simply ignore Valtteri Bottas who’ll be expected to factor in a fight of his own, both in his chase of car number 44 and in ensuring that neither of the Ferrari’s separate the two Mercedes. Pit strategies- it goes without saying- will factor in hard and given the slightly cooler and nippier weather on Saturday, one can expect medium and ultrasofts tyre compounds to play a crucial role on race day. But that said, perhaps the most unexpected albeit exciting prospect of an accident-marred Saturday here at Catalunya was Haas’ Kevin Magnussen securing a P7, his best starting position at the Spanish Grand Prix. Can he do something to undermine the Red Bulls in the front?

That told, a key determinant to Ferrari’s ultimate fortunes at Catalunya would be Kimi Raikkonen’s run on Sunday, unless it was to be forgotten that the last time around, inside Lap 1, Raikkonen conceded a hefty damage that not only compromised his race but also left on Vettel the task of scoring Ferrari’s points. Although a P4 for Sunday’s racing fiesta doesn’t look like a damp squid, Raikkonen will have to do well to mount pressure early on from the opening lap itself if he’s to put on a fight in the Grand Prix. 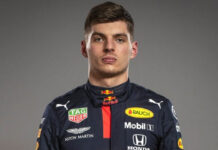 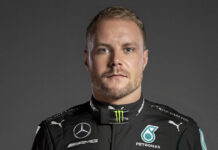