Home Sports F1 The German Grand Prix Might Go Off The Calendar Despite Emerging As... 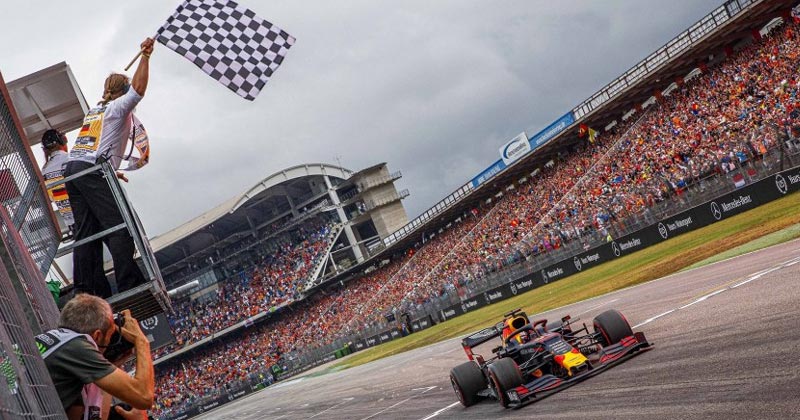 On last Sunday, July 28, all roads in Germany headed to the famous Hockenheimring, the venue of the famous yearly Grand Prix of Germany. Over the course of the past so many years, the German Grand Prix has played host to several titanic battles as also utterly one-sided triumphs.

Fernando Alonso’s dogged win back in 2010, his maiden win in West Europe with Ferrari and Lewis Hamilton’s near annihilation of his opponents in 2014 have been modern F1’s famous contests held here at the heart of Bavaria.

But it could be said, for times to come, the 2019 German Grand Prix may be remembered as one of F1’s craziest races in a long time. In a year where Mercedes’ dominance has utterly driven the narrative of the sport, it is contests such as those seen at Austria’s Spielberg (held earlier) and Hockenheimring, conducted hours ago, that have managed to add more balance and dare one say, some thrill when one had expected none in the top annals of the sport.

There’s hardly a reason why the 2019 German Grand Prix may make it to the top of the table of the Grands Prix with the most unanticipated outcomes ever. Firstly, Max Verstappen, who began comfortably behind the Mercedes never seemed realistically in a chance of a win. Yet, certain things cannot ever be separated, for instance, Max Verstappen winning under the rains.

Secondly, that Sebastian Vettel, almost reduced to a zero, having begun an already truncated contest (64 laps) from 20th, went onto clinch a second was perhaps every thrilling beyond measure. At some point, admittedly, Vettel’s pass on Daniil Kvyat of Toro Rosso, on Lap 62 with only 2 laps to go, may have even driven applause from some in the rival Mercedes camp. You thought that for his ostentatious effort on a track that was besieged by water, had Niki been there, even he wouldn’t have shied away from congratulating the herculean German talent.

There were other surprises too in a race no stranger to dramatic retirements and sudden hits and misses, arguably the many instances where drivers lost all control around Turn 16, skidding away from the track and colliding into the barriers. Above all, that a certain ‘Torpedo’ made his way from the midfield to the podium was among the more thrilling instances.

But yet, despite producing all that drama, not to mention, the irrepressible Lewis Hamilton finishing way behind expectations, at P9, it appears that all’s not well with the German Grand Prix.

The news comes in that the race may go off the calendar soon. And it’s really hard to believe, is it not?

Last year, upon the completion of the 2018 German Grand Prix, the famous Hockeneheimring had already fallen out of the contract, which accordingly allows the event to be hosted every alternate year.

Now, it turns that Mercedes, the revivers of the race, having stepped in as the lead sponsors at the very last moment in 2019, haven’t really suggested anything that would point to refreshing the agreement. As a result, it may happen that Hockenheimring loses the right to host the German Grand Prix and therefore, we may not have any race soon.

Where the number of attendees of the German Grand Prix stands then it appears that when compared to the last year, where 1,65,000 people turned up during the course of the weekend, this time, there were only 1,53,000, of which only 61,000 attended the Grand Prix.

You couldn’t be blamed for thinking that the inclement weather may have played its part. Did it?

But Sebastian Vettel, the local hero, someone who gave such joy to the thrilling contest happened to share the following with regards to the German Grand Prix:

“It’s a great show, I don’t think they make any money, I think they lost money last year and thanks to Mercedes they were able to have the grand prix again.

The problem is Germany is not keen to pay anything,” added the four-times world champion.” 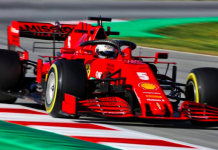 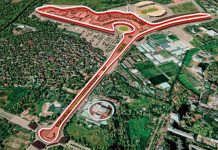