Given the massively successful charge of the Mercedes team in arguably the most expensive sport in the world, it cannot be said, any longer, that most racing fans are Ferrari fans, with all due respect in the world. While there’s this amazing thrill to support Ferrari- after all, the most historic and by far, inarguably, the most popular side in Grand Prix Racing’s most elite format- there is no doubt whatsoever, that Mercedes’s continuous rise in the past half a decade has pushed Ferrari’s back to the wall.

In fact, truth be told, for the past half a decade, given their massive popularity as amplified by constant double world championship wins- where the driver and world championships are concerned- today, it may not be incorrect to conjecture that there may be around as many Ferrari fans out there as there are Mercedes fans.

This is all thanks to the phenomenal manner in which six-time world champion Lewis Hamilton, and without a doubt, the finest driver on the current grid has jolted Ferrari. And where Ferrari stands at the moment, suffering vehemently by the massive blows dealt by its fiercest and most onerous rivals (Toto Wolff-led Mercedes), one cannot say with great certainty that a lot will change come the brand new season- the 2020 F1 world championship.

Yet, all of that said, what fans and Grand Prix enthusiasts would keenly look forward to would be the much wanted Ferrari resurgence. Not only will be good for the Maranello-based outfit’s own fortunes, the last world championship coming home way back in 2007, but also for fueling new interest and popularity in the sport.

After all, there’s this passion, this electrifying energy that the undoubtedly popular Italian team brings to the sport that makes the fastest racing competition in a single-seater series worth everyone’s while.

So for now, while one can’t really say as to how Ferrari’s fortunes might fare in the new season, what can be said with certainty is that we now know about the Ferrari launch date for 2020 for the new car in lines with the 2020 world championship.

In fact, as on date, the Ferrari launch date for 2020 makes the Italian team as the only side among the 10 to have shared the unveiling date. So what is it going to be?

February 11 2020 has been confirmed as the Ferrari launch date for 2020 world championship.

Here’s what NDTV had to observe on the following development

The unveil date was announced by team boss Mattia Binotto at Ferrari’s Christmas media lunch at Maranello, Italy. This makes the 2019 runners up team the first to confirm the unveil as it aims to pick the constructors’ championship next year while coming close several times in over a decade. Drivers  Sebastian Vettel and Charles Leclerc will continue to pilot the new car as well.

And that’s not all. On the subject, Mattia Binotto had the following observations to make:

“We will launch the car very early. I think we will be the earliest. The reason why we are anticipating the launch and the unveiling and then moving on is we must do some dyno homologations before going to Barcelona. We are launching the car on the 11 February 2020. Soon after we’ve got an intense program of bench [testing] before we go to Barcelona.” 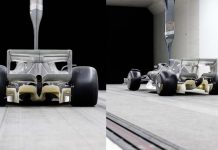