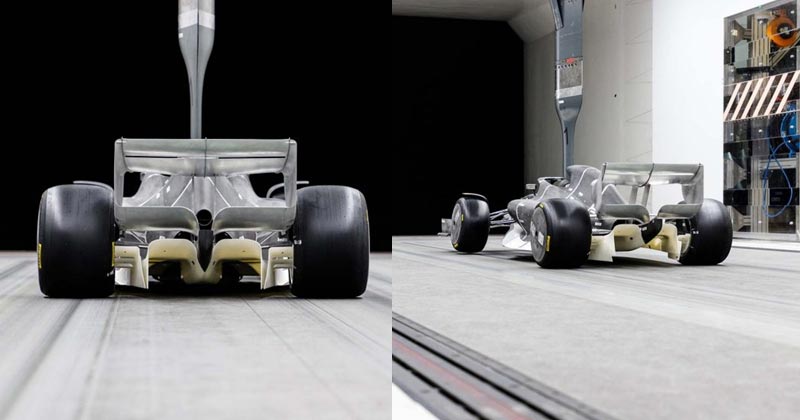 If you wondered after having discussed incessantly the new rules applicable to the 2021 season and beyond, how might the F1 2021 car design look and feel, then perhaps that wait is over.

Few things can generate the kind of instant massy reaction in Formula 1 other than the teams, drivers and heck, F1 itself!

As it took to the social media platform of Instagram to post the latest images of the F1 2021 car design- well, the iterations of the version of the 2021 cars- F1 threw the world of motor-sports and fandom instantly into a tizzy.

But the F1 2021 car design images were rendered possible only after a period of exhaustive research and design and the usage of the CFD.

A sport that’s constantly about moving into the future, few things can be as interesting if not more other than taking a peek into the futuristic car designs, right?

F1, it ought to be said, stands on an interesting period in its momentous journey, having first embarked on the vision to make Grand Prix racing a legit and popular sport way back in 1950.

We are currently staring at a time where the sport is considering all options possible to increase competition currently existing between the teams, as it embarks on an ambitious bid to lower the costs, and take the designability to the next possible dimension.

The new regulations for the 2021 season and beyond are set to take F1 to a state of a complete overhaul. Therefore, all the more reason that the new designs are more intriguing.

But all that said, upon gazing at the intriguing images that are already a subject of irrepressible motorsports chatter (at the moment), one wonders whether the car design concept is a big departure from the contemporary design scheme on the fundamentals of:

But at the outset, it does appear that Formula 1 has taken the designability of its cars for the 2021 season and beyond to a next arresting level. In addition, F1’s Chief Technical Officer Mr. Pat Symonds happened to share some interesting insights about the sport.

He was quoted as saying, “The wind tunnel testing we are doing is slightly different to what the teams might do. The teams concentrate solely on the forces on the car, through a variety of attitudes as they move the car around. While we naturally have an interest in what those forces are and particularly how those forces change as the car moves, we’re even more interested in what is happening to the turbulent air behind the car.”

In addition to the above, it is worthwhile to visit the following, “for that reason, although we are doing most of our development in CFD, and that CFD is using some pretty advanced techniques which aren’t commonly used by the teams, we want to back up the virtual simulations with a physical simulation. We also chose to use a 50% model rather than a 60% model and we chose to run that model quite a long way forward in the wind tunnel, so this gave us the opportunity to best inspect the wake of the car.

Why Do Mosquitoes Usually Bite In The Evening?