Yasir Shah Wears The Crown Of Number One Bowler!!

Yasir Shah has created history as the spinner became the  number-one ranked bowler in the world after he took 10 for 141 to bowl Pakistan to a 75-run victory in the first Test at Lord’s on Sunday.

Yasir Shah removed England quick James Anderson from the No. 1 position  in the ICC rankings for Test bowlers. Shah is the first leg spinner since Shane Warne to be ranked no.1  in 2015 and he is also the first Pakistan bowler since Mushtaq Ahmed achieved the distinction in December 1996.

Shah now holds a record of taking 86 wickets in 13 tests and that is the most wickets taken by any bowler in that many matches. He was holding the spot no.4 in the ranking before the England tour started and now  with his remarkable bowling he became the no. 1 bowler. Shah has a chance to make a record of fastest 100 wickets which will break a  120-year old record that has been held by George Lohmann, the England bowler who took his 100 wickets in just 16 matches. 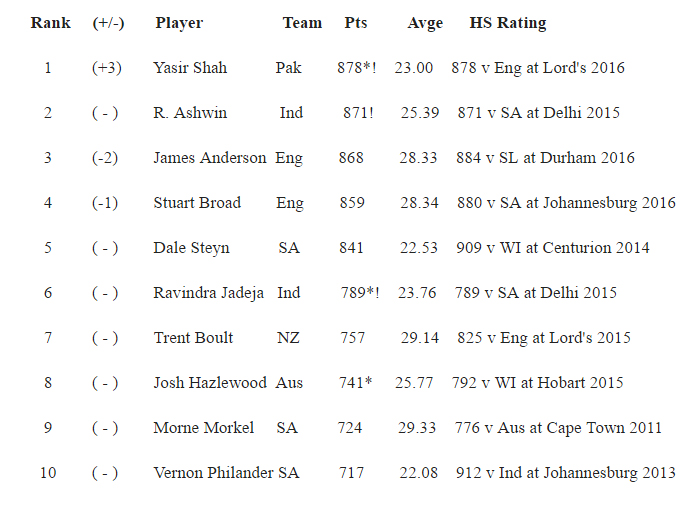 The second Test begins at Old Trafford on Friday, 22 July and this could be his chance to make a record that will break one of the longest records in the cricket history.