You’ve known it as the Wisden Trophy ever since its inception. You’ve understood it as the ultimate triumph awarded to the team that enjoys the upperhand in an age-old rivalry between two great cricketing cultures. And now, you’ll know it as the name of the Trophy that has been retired for time immemorial. Truth is, no longer will the great contest between the West Indies and England be known as the Wisden Trophy, of course, starting from the next time the two team’s face-off in cricket’s longest format.

A decision has been made to change the name of the cricketing contest between Her Majesty’s force and the force from the Caribbean. A new name is in; the old, established reckoning is on its way out.

So where it stands, Wisden Trophy shall not be the name of the cricketing rivalry between England and West Indies, a long-standing tradition that’s stood unmoved for nearly six decades.

The new name of the series is Richards-Botham Trophy! Yes, unflinchingly, a tribute to two of the mightiest talents of their time, most noticeably in the eighties!

On the occasion, West Indies Cricket’s Board’s Rickey Skerrit also offered his thoughts as to what might the new identity enforce in the context of the two esteemed achievers:

Meanwhile, a report published on the developing story on famous platform Espncricinfo.com also laid out the following:

Richards and Botham played alongside one another before they met on the international stage, with their first joint appearance coming in Botham’s first-class debut for Somerset against Lancashire in May 1974.

That being said, at present, we are just hours away from the start of the Third and final test in the ongoing West Indies tour of England, 2020; a very important series in that its marking a resumption of cricket after what’s been a painful wait of sorts (in lines with the Coronavirus pandemic).

Surely, as both sides will be aiming to emerge victorious, the resurgent West Indies hoping to find a way to stop a team that given the last (Second Test, Manchester) proved a daunting force, England will know they head into the series-decider with a slight advantage. They’ll be bolstered at the fact that the very team that chased down 200 (First Test, Ageas Bowl) was the one they knocked down fair and square to tie the series.

Meanwhile, there’ll be a few questions up West Indies’ mind. Should they, shouldn’t they play Shai Hope, who despite getting starts thus far, has failed to produce a big or meaningful score. Also, all’s not well in the opening pair of Jason Holder’s team with John Campbell struggling for runs.

So what you have if you’re England is a coup of backbreaking fast bowlers who’ll be electrified by the proposition of seeing an out of sorts opening batsman and a lackluster Number 3.

On the other hand, there’s no certainty if Ben Stokes is going take part in the much-important Third Test, as it’s believed England would much rather have their match-winning all rounder rest in lines with an upcoming exhaustive series, featuring Pakistan this time.

That being said, there’s hardly a doubt that both Sir Viv Richards and Sir Ian Botham, icons of their time, would be keen to see the outcome of this Third Test that begins soon. 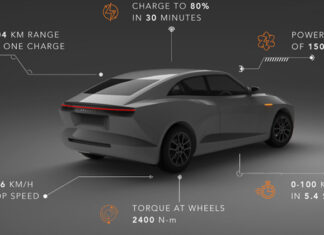 Dev Tyagi -
It takes a lifetime to build something that 'could' last. But it takes seconds to while away an opportunity to build that,...