Prior to the start of the much-awaited ICC Women’s World T20, 2018, the social media universe was a bit of a chaotic space. But then, that’s often the case- isn’t it? After all, the entire DNA of the social media stratosphere has been designed in such as way as to be celebrating a festival or so to speak.

But in one part of this social media landscape, one that typically concerns sport, there were wide-eyed smiles and bright hopes. You got the feeling that something groovy was about to happen.

You felt connected to something bustling enthusiasm.

In Formula 1, there’s Sau Paulo. There’s no party bigger and swankier than the one you see at the Senna-land, home to the Brazilian Grand Prix. Similarly, the English bars and Irish pubs delight fans with the excitement of being one with the football season. They become riots, at about the same time, one’s mouth is drenched in the enigmatic froth of a premium lager.

The moment one thinks of the term festivity or colors in the context of cricket, can there possibly be another place other than the cricketing carnivals in the Caribbean? Marley catapulted the Caribbean to the attention of the rest of the world. Chutney Music coaxed the planet to be aware of West Indian rhythms.

The same way, where Gayle’s big hits charm the crowds, Merissa’s posts about the ICC Women’s world cup (being held in the Caribbean)- and just why it mattered so much (to West Indies, to the women’s game- endeared her to the attention of the cricket fan.

Often it takes a beat to create a tempo. Merissa, along with Stafanie, Deandra, Hayley is the song that is the West Indies Women. Just that the Trinidadian has been part of the West Indies leadership at both regional and international level even before Taylor donned the captain’s role and Deandra Dottin discovered her useful medium pacers in the T20 circuit.

Merissa Aguilleira- 6 ODI fifties, nearly 1800 runs, 113 catches, 58 stumpings overall- has been agile behind the stumps, active in front of them, and has, at all times, cut a figure of grace and poise for Caribbean cricket.

You wish to remember her not only for the simplicity and honesty she epitomizes in an age of petty egos and instant gratification but also for being an experienced member in a squad that loves to keep all players together, especially the younger ones.

With a batting technique that may appear brittle on a few occasions, but only so for it is running into the eleventh year of its cricketing journey, Merissa Aguilleira is a Caribbean gem that presides over a throne of experience, changing vagaries of time, and a passion that only seems to increase with every game.

When not entirely productive with the bat, the former West Indies women’s captain fortifies her side’s fielding set-up by setting keen examples with glovework. 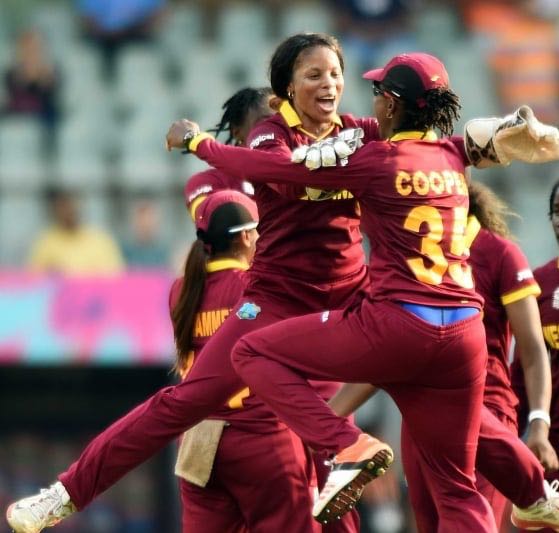 Amid heavy winds at Tarouba in a nail-biting thriller, played in October, Merissa Aguilleira’s watchful catching off Afy Fletcher and Hayley Matthews earned Windies Women the key wickets of Lizelle Lee and Laura Woolvardt. Together, the duo accounted for 65 of the Proteas’ 156 eventual runs, in a game they won on the last delivery of their chase.

But where would have the Windies been, one wonders in a close run-chase had the former captain not compiled 14 runs off just 9 balls where amid a spectacular middle-order collapse most batswomen failed to put bat to the ball in front of Luus, Mali, and Sekhukhune?

On occasions where the impressive top order- one that churns the bulwark of the team’s runs- fails, it’s often up to the experienced craft of Merissa to play the rescuer. We saw a fair deal of that in the 2017 ICC Women’s world cup wherein thanks to the right-hander’s watchful albeit fluid 46 off 59, the highest score in that match from either side, the Windies Women sliced Sri Lankans to thin shreds at the back of what seemed Merissa’s most defiant knock in a long time.

Someone who’s quick to balance the weight of her body, oscillating smoothly between the front and back foot, Merissa Aguilleira’s penchant for hitting square off the wicket has earned her quite a few runs whilst piercing defensive fortifications, whether those have been stealing boundaries of a Bates, van Niekerk, Kapp, Goswami or Mooney.

At 33, still wearing cool weathers on her face, it may not be wrong to say that the effervescent smile- that’s about every bit reassuring as Mignon Du Preez’ is to South Africa- is Merissa’s finest contribution beyond the workings of the bat and the efficiency of the gloves. 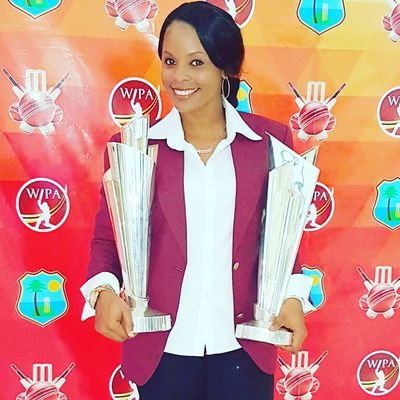 It’s an assurance that for as long as this thinking cricketer is up for a challenge for the West Indies, without losing enthusiasm for focus, a key part of her game- just the way she was in her July 2008 debut game vs The Netherlands- that is what the Windies Women will always be blessed with: a smile in the end, what else?