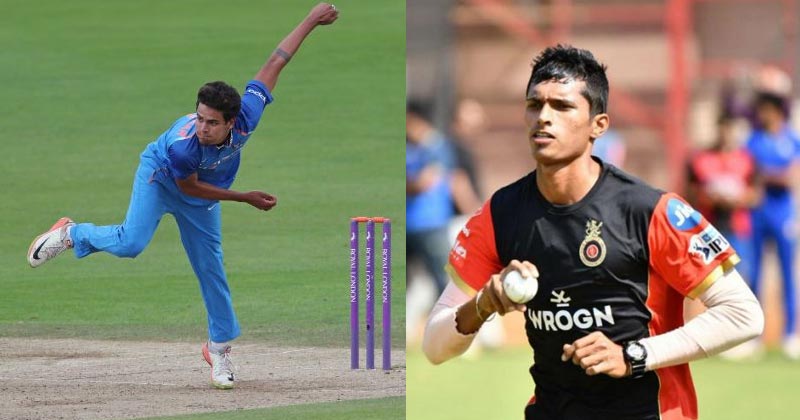 The Indian squad for the West Indies vs India tour in August was recently announced and it has thrown up interesting faces. The squads for the limited overs leg of the tour, especially, have some new and exciting names.

Here is a look at the Indian squad for both the T20I and ODI series.

There are some obvious established names here along with a light sprinkle of exciting young talents – some of whom have already represented India a few times and a couple of them will likely be making their international debuts on the tour.

The selectors clearly have the future in mind and want these young names to make an impact on the tour.

So who are the young Indian players to watch out for in the limited-overs series between West Indies vs India?

Navdeep Saini is a name that has been doing the rounds for a while in Indian cricket. The young fast bowler from Haryana impressed everyone in this year’s Indian Premier League (IPL) with his speed and accuracy. Saini also traveled with the India ‘A’ team recently to the West Indies and in one of the One-day games produced his career-best List A figures of 5-46. With Bumrah being rested for the limited-overs series, the exciting Saini can be India’s potent weapon.

19-year-old Rahul Chahar was one of the breakout stars in this year’s IPL. The leg-spinner, who represented the Mumbai Indians, picked up 13 wickets in the competition at a terrific economy of 6.77. The young spinner appears to have a mature head on his shoulders and is not afraid of tossing the ball up.Chaharis certainly one for the future and in the absence of Kuldeep Yadav and Yuzvendra Chahal, he would be relied upon in the T20I series.

India’s No.4 conundrum has been a real headache for the team management in the past couple of years and proved to be their bane in the recently concluded World Cup. Young Shreyas Iyer has the ability to plug that gap. The 24-year-old batsman has played 6 ODIs and 6 T20Is for India but he is likely to get the long rope at the No. 4 position in both the ODI and T20I series in the West Indies. Iyer has a solid technique and an ability to accelerate when required. It will be exciting to see if he flourishes in this vital role.

Washington Sundar is one of those spinners who don’t turn the ball much but rely on line, length and variations. In fact, it was Sundar’s accuracy and mature bowling in domestic cricket and in the IPL that earned him an India cap in 2017. Still only 19 years old, Sundar has been picked in the Indian T20I squad for the West Indies tour and is expected to play all the three games. His ability to bowl in the Powerplay overs makes him a valuable asset. Another factor that goes in favour of the youngster is that he is a handy left-hander batsman down the order.

It will be interesting to see how these youngsters perform in the upcoming limited overs West Indies vs India series. A few good performances will hold them in good stead for the future. Especially with the World T20 next year, the selectors and the team management would keep a keen eye on these young names on this tour.