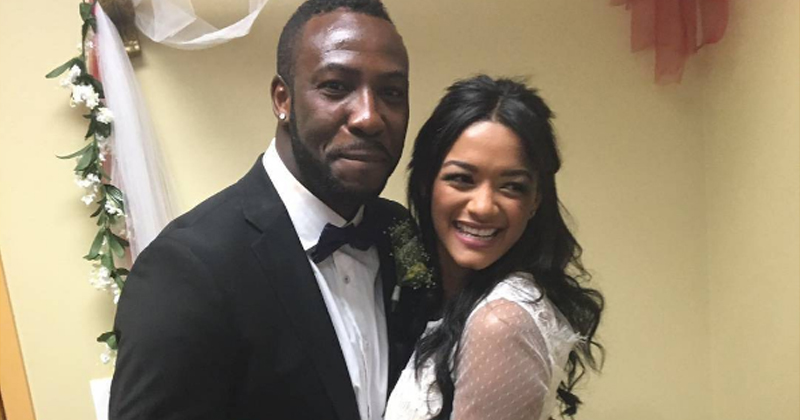 Jamaican cricketer, Andre Dwayne Russell is one of the best all-rounders  in the world, because of his power hitting batting style and his impressive bowling. He recently faced an independent anti-doping disciplinary panel on July 20 in Jamaica for a preliminary hearing over alleged whereabouts-clause breaches.

West Indian All-Rounder Andre-Russell, stunned all the Indian cricket fans in the WT20 2016 semi-final match against India and started a new innings in his life.

Russell tied knot with the gorgeous model from Dominican Republic, Jassym Lora. Jassym has smoking hot bod that every girl can only dream of. Russell-Jassym makes one of the sexiest off-field cricketing pairs .

The hottest cricketing pair got engaged in November 2014 and got married on 28 July 2016.

The news was announced by the Russell himself after he shared a wedding picture with his soulmate Jassym Lora on the Instagram account.

Check Out His Wedding Pictures:

Put God first and he will show you the way!!

Wishing Russell and Lora a happy future together!!