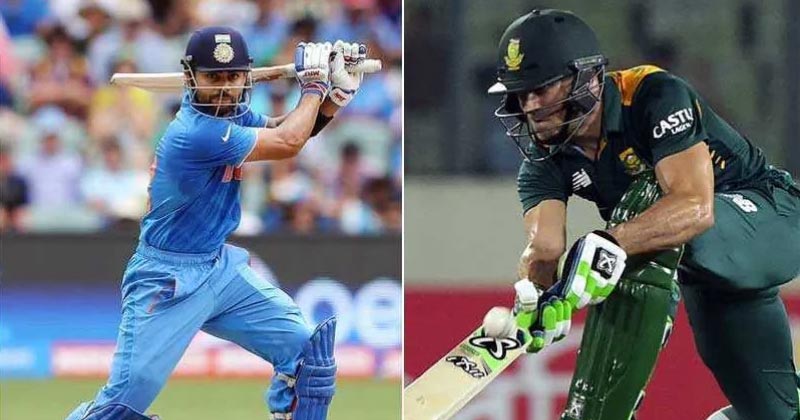 It would be sad, utterly sad to see South Africa depart early from the World Cup. Even before the side could get over the ignominy of suffering a comprehensive defeat at the hands of the English, the Bangladesh team rendered another jolt to South Africa. Captain Faf du Plessis, the top-scorer for his team on Jun 2 could just stand there and see his team fall apart.

While there were some improvements, at least from the meek surrender one got to see against Morgan’s men, in the form of Duminy and Miller scoring a few, it was sad to see one of cricket’s most exciting teams fall apart.

And guess what? Even as there is hardly any time remaining before Virat Kohli’s India step on the lush green Rose Bowl, there seems to be no end to the number of problems concerning Faf’s Protean army. Dale Steyn, who hasn’t even bowled a single delivery in the ICC 2019 World Cup has been ruled out.

To a sport that is ever desirous of idols, one wonders what could be more disappointing than that. Right, Faf?

Moreover, one’s not really sure as to how ready a certain Hashim Amla is, a batsman, who despite having all the class and experience in the world is still a few runs away before he can be termed fully-fit form-wise. The Joffra bouncer notwithstanding, it doesn’t inspire a great deal to note that as of 2018, all that Amla, a veteran of 175 ODI games could manage were 315 runs from 11 games.

What’s a bit of a letdown is that for a batsman who has made a name for playing calm and patient innings about as well as he changes gears (playing aggressively when needed) hasn’t ever batted with a lowly average of 28, his effort last year.

But if you thought that the problems for South Africa ended right there, then think again.

In Ngidi and Rabada, even as South Africa have able fast bowlers with guile and vigor, where’s the experience? Can the duo ably combat an India that has in its ranks batsmen of the class of Rohit, Shikhar, and none other than the world’s finest batsman at this point in time-Virat?

Just to take some cognizance of the above, the three that make the vanguard of Indian batting stand for over 24000 ODI runs, including a whopping 79 ODI centuries. What’s more? Here’s something no team, let alone South Africa would want to take lightly.

Virat Kohli is only 157 runs away from reaching 11000 ODI runs. This is a man who happens to have struck 41 ODI tons whilst compared to 8 and 11 by Smith and Williamson, respectively.

To this end, what should definitely bolster the confidence of the Protean fans is that Faf du Plessis- an athlete you’d undermine only at your own peril, considering fans of iron-pumping may recollect those bulging biceps- is no less a star than the two shining stars who make up for the “World Cricket’s finest batting trinity!”

With nearly 5200 runs, Francois du Plessis has gathered nearly 5200 ODI runs at a better strike rate than both Williamson and Smith. At 88.7, Du Plessis, who holds the record for the second-highest individual score by a South African batsman, has also scored 11 hundreds, of which 2 have come against India. Apart from this, the suave-stylist of Protean cricket has struck 5 of his 33 fifties against India. To that end, one cannot help but raise a query:

Does it occur to the unabashed cricket fan that Faf, who has struck 658 of his ODI runs from 13 innings against India at 59? Do we value the fact that his average against an attack that includes Kuldeep, Chahal, and Bumrah, to quote just a few, has a higher strike rate in ODI cricket than even Chris Gayle?

While the numbers clearly point to India before the start of their 50-over campaign in the mother of all sporting battles, Kohli’s men having blasted a South Africa minus AB, Faf, Steyn in their recent 2018 series, it must be said that Du Plessis’ unit would like to put up a great fight.

For one expects that there’s more to Mandela’s followers than bundling out without a fight. Is that right, South Africa. May the best team win.