Virender Sehwag has left us laughing at many times with his witty Birthday wishes on Twitter. He is a Legend in world cricket and has taken his legacy to the micro blogging. Sehwag is constantly smashing the ball out of the stadium in his 2nd innings on Twitter and is also regarded as the ‘Nawab Of Twitter’

His hilarious posts (Viru Ka Gyaan) and the special Birthday wishes are most popular among twitteratis.

This time, Vinod Khanna (another legend) became a part of his trolling.

This is how he wished Vinod Khanna:

Is he actually holding a glass of ‘Ganne Ka Juice’? Now this is what we call perfection in profession.

His followers took no time in catching the ‘Ganna Shot’ and posted some Herculean humorous tweets: 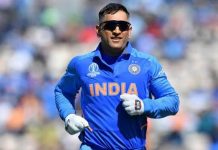