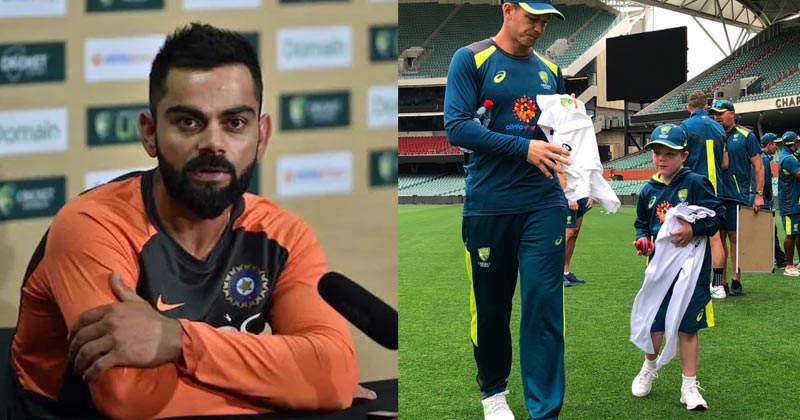 Virat Kohli is the king of batsmanship. Had there been anything like a grand canyon of batting; a pilgrimage of a sort that every batsman of every cricketing nation went to offer respect to and click a selfie with, then Virat Kohli would be that idol and would have one named in his honor. It’s high time. Dear BCCI, please think about it. Having said that, it appears, not everyone is of the view of Virat Kohli’s premiership in the sphere of batting.

And if you were thinking that none of this is true, then, well, think again. Here’s a harmless piece of news that has currently rocked the cradle of international cricket, albeit with a twinge of humor.

Honestly, there’s no other view to this and no other way to describe what you are going to read henceforth instead of what you just read in the previous paragraph. A six-year-old Australian wannabe cricketer- Archie Schiller- who aspires to be a leg-spinner wants to play for Australian national cricket team. Sweet- isn’t it?

Here’s what is sweeter?

The young Australian spin bowler- who should someday definitely make it to the team- has offered Virat Kohli a clear warning. He is confident that in the upcoming Melbourne Test, he is going to get the dashing record-breaking right-hander out. This is when Archie himself suffers from a rare heart condition.

What was the tipping point of unbelievable cuteness was that Archie was actually phoned by none other than Australian coach Justin Langer who asked the young bowler to join the team at its practice session and hit the nets.

In case you were wondering about a real adjective of cuteness and yet, at the same time, of great passion, then this was it.

Nothing else would suffice, it can be taken for granted.

What might Archie’s thoughts be, one wonders, when he would’ve taken to the cricket ground to practice alongside the members of the Australian cricket team; a unit that represents an outstanding cricketing legacy to which names like Bradman, Border, Trumper, Waugh, McGrath, Gilchrist have contributed to?

It’s worthwhile to mention that Archie, a die-hard cricket lover is a dedicated Australian at heart and someone who really wishes to get Kohli out at Melbourne. You immediately realize the level of cuteness here when you know that the spin bowling fan and talent is all of six and stands determined, at such a young age to attack Australia’s opponents this year’s end.

Archie, a fan of Nathan “Gary the Goat” Lyon, confidently told Langer that he can get India skipper Virat Kohli out at the MCG. “I reckon he’ll be treated like (uncapped opener) Marcus Harris – come in for the first time in the changerooms, meet all the boys and like always when you come into that inner sanctum of the Baggy Green, it’s like joining the brotherhood,” Langer told cricket.com.au.

So what happens now in the Test series Down Under. With Archie warming up alongside the big boys, will there be real thunder Down Under? Virat Kohli- you’ve got a real task ahead of you.

Meanwhile, three cheers for Archie Schiller. Lloyd Pope should watch out too!