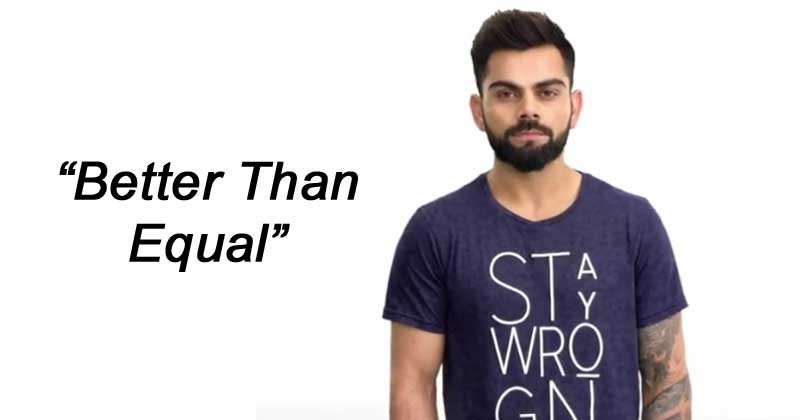 Virat Kohli for sure knows to speak his mind. While everyone is praising and wishing International Women’s day all around the world, the captain of the Indian cricket team took Twitter and posted a message that glorifies the women all around the world.

Virat who has recently married Anushka Sharma, always took the front row in supporting women equality and empowerment. He has been a constant support to his wife and with this message he wins heart as he states that women are so extraordinary that they are “better than equal”.

In a short 40 seconds video, he has mentioned almost all the sufferings women has to go through and how they manage to outshine even after that. Virat Kohli’s message will fill your heart with pride and it will definitely moisten your eyes.

Straight From The Heart Of Indian Captain!

He has posted this message with Anushka Sharma stating she is the extraordinary woman of his life who is actually better than equal. Anushka is certainly on the better side of the luck to have a man who respects and understands the value of womanhood.

Virat Kohli is leading Indian team at his best. He has recently triumphed South African tour as India won the ODI and the T20I series. However, we did lose Test series in South Africa. Kohli is all geared up for the upcoming season of the IPL. He will be playing as a skipper for Royal Challengers Bangalore and looking at his form we can expect some thrashing innings from his side.