It doesn’t increase your awareness or contribute to your knowledge to know that there’s no active sports anywhere right now. The same goes for Cricket. It’s not any different. No live contests simply mean that quite like the rest of the world (that is sitting in the home comfort, batting time to wait for normality to take over), the life of a cricketer, at present, isn’t any different.

Rare are those times where much of the world is quietly sitting back only waiting for normalcy to take the centre stage. But this phenomenon is actually quite challenging. It can never be any easy to sit back and just wait for things to get better. To the fan- and it can be anyone, doesn’t matter, whether one follows male or women’s cricket- the scenario sucks.

Amid such time, the only hope to get the live action to the viewer is to have safety embedded in the concept of live cricket. How can that be achieved?

Well, they are debating that for the longest time, suggesting that maybe, when eventually things get better and the lockdown is eased off, there can be active cricket, meaning bi-lateral series’ but without any crowds.

Such a proposition, regardless of howsoever random or absurd it may sound, is being dubbed or being described through a terminology of its own, one hitherto unheard of: “ghost matches”.

In other words, some are calling it “cricket behind closed doors.”

So that the audiences and players are both safe keeping in mind the aspect of minimum physical contact where one just doesn’t come in any proximity to anything that might contain a threatening or a dangerous proposition, which then poses a risk to one’s health and state of well-being.

So when recently, the all-format cricket captain of Team India, popularly known as “Men in Blue” was approached for his take on it, here’s what the passionate and ever-candid Virat Kohli had to say:

“It’s quite a possible situation, it might happen, I honestly don’t know how everyone is going to take that because we all are used to playing in front of so many passionate fans, I know it will be played at a very good intensity but that feeling of the crowd connecting with the players and the tension of the game where everyone goes through it in the stadium, those emotions are very difficult to recreate.”

Meanwhile, Virat Kohli also happened to add some other interesting views that actually mirror his no-holds-barred persona. He would say, “Things will still go on, but I doubt that one will feel that magic happening inside because of the atmosphere that was created. We will play sports how it is supposed to be played, but those magical moments will be difficult to come by.”

That being said, what are your thoughts on the idea of staging cricket behind ‘closed doors?’

Does the idea of a cricket contest in the absolute absence of a live audience appeal to you? Would you go for such a contest, watching it live on TV or would a player-only contest rob you off from all the palpable excitement you are accustomed at receiving in normal circumstances? 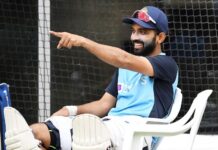 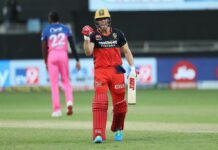