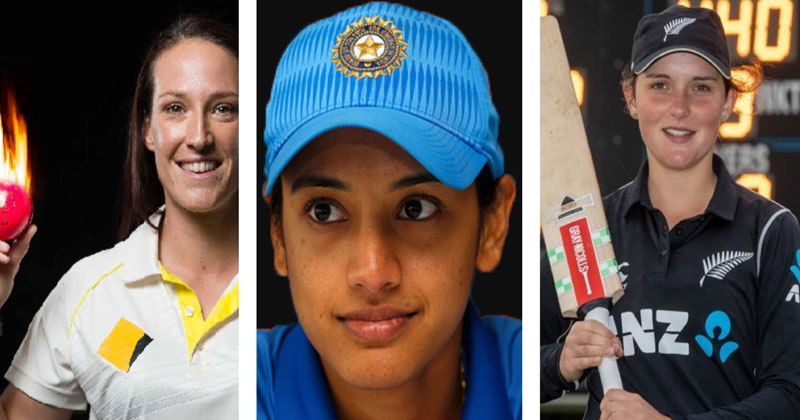 Women’s cricket is rising. The days and years of oblivion and seething in anger about the lack of respect that it was getting from the fraternity seem to be over. It’s almost like an embattled ship stuck in stormy waters has safely reached the shores, only to undertake new journeys and clock in more nautical miles.

From a traditional standpoint, with all due respect to Indian Women’s cricket, while the names of superstars Mithali Raj and Jhulan Goswami have been constantly fluttering the Indian flag, running the sport from pillar to post, the rise of names like Smriti Mandhana, Deepti Sharma and Poonam Yadav have been paramount. In the present context, they are to Indian cricket what the likes of Hardik Pandya, Kedar Jadhav and, Rishabh Pant are to an outfit that boasts of Virat, Rahane, Ashwin, Bhuvaneshwar Kumar and, Shikhar Dhawan, where the men’s game is concerned.

In the other cricketing geographies, a number of superstars have been joyous to see the rise of fast bowling, spin and batting talents in a number of teams where the usual excellences are served by the likes of a Meg Lanning, Suzie Bates, Mignon Du Preez and, Heather Knight.

So who are 5 of the many outstanding talents around that are making heads turn in women’s cricket?

Few international cricketers, truth be told, have made such impressive and massive inroads toward progress, removing each stumbling block from their path to success as Smriti Mandhana.

From once being a kid who coyly wielded the cricket bat, emulating the stance of her brother to becoming the first-ever Indian cricketer to have been signed up by the prestigious English Kia Super League, Smriti Mandhana has come a long way to multiply the success of women’s cricket.

Making a presence felt in the 2017’s much-loved, dearly-followed ICC Women’s World Cup (50 overs), Mandhana struck a fiery hundred against the West Indies and was amongst the best batswomen alongside Mithali Raj and super talented Harmanpreet Kaur.

While most remember the famous series victory that India garnered at South Africa, earlier in 2018, had it not been for Mandhana’s fireworks from the top order, India may never have been able to topple South Africa, a vastly-balanced limited overs unit. As recently as May 2018, Mandhana etched her name in the record books yet again, for captaining the IPL Trailblazers, in what was effectively a fire-starter of the forthcoming Women’s IPL.

Few Bangladeshi cricketers manage to break through headlines where essentially the names from Australia, India, England and, New Zealand dominate.

For starters, Jahanara Alam was among the important names that made it count on a date that shall for years to come be regarded as having (hopefully) kick-started a cricketing revolution for Bangladesh women’s cricket. On June 10, 2018- Alam and co., clinched history by upstaging a dangerous India in winning the Asia Cup 2018 finals.

Among the most watched cricketers in the just-concluded Women’s Asia Cup 2018, even as Jahanara Alam was able to clinch just 4 wickets on what proved to be spinner-friendly Malay wickets, her confident presence in a side alongside bigger names- Rumana Ahmed and Salma Khatun lifted the spirits of a triumphant outfit.

In a lighter vein, it could be said the most famous “Megan minus an ‘h'” in the world after Meghan Markle, Megan Schutt is a shining star of the Australian pace battery.

A useful, competitive and rigorous medium pacer, the steady twinkle in the Southern Stars, Megan Schutt has impressed one and all for her ability to pick wickets early in an ODI contest and has emerged as a skilfull proponent of bowling at the back of a length.

In most recent outings, her ability to claw in at the tall opening and middle order of the IPL Trailblazers, in a one of a kind IPL contest ensured that the Supernovas had the upper hand early on.

Along with superstar Ellyse Perry, a name that needs no introduction, Schutt generates pace and is a safe fielder in the outfield, living true to the adage that the Aussies seldom grass opportunities out there.

She’s an outstanding athlete, revered for her consistent abilities to chip away with runs and on recent form, her back-to-back hundreds versus South Africa at Hove and Canterbury, recently, resulted in big wins for her side.

What turned out to be feisty hundreds- the 105 at the 3rd ODI at Canterbury coming right after a timely 101 at Hove only amplified the importance of Beaumont’s blade to England’s top order.

In batswomen like Taylor, Sciver, Knight and Beaumont- England have the big four that can challenge any bowling attack, anywhere in the world. And importantly, Beaumont’s consistent form will augur well for England’s chances at the much-anticipated ICC Women’s World Cup 2018, just a few months away.

At an age where most girls her age would be expected to launch the next cute, cuddly selfie onto an Insta or Twitter, Amelia Kerr was busy breaking Ireland Women’s backs, on her way to a statistical grizzly; a world record-breaking feat of 232 runs, collected merely from 145 balls, featuring 2 sixes.

In a team whose commanding names are Suzie Bates, Lea Tahuhu and, Sophie Devine, 17-year-old Amelia Kerr’s magnificent ODI double hundred has not only launched her glittery career but has caused a consternation of sort amid fans that were looking for something exciting from the New Zealand Women’s side.

Aptly titled White Ferns, at the back of Kerr’s explosive 232 at Dublin, the side tickled Ireland into a state of a tizzy, leaving them later, comatose, from which they would never recover. It will be very interesting to note just how this talented batswoman who also clinched a 5-for in the same game conducts herself in the next contests and whether she can add bite to New Zealand’s chances at the T20 world cup.