IPL 2018 will go down with some of the most exciting matches in the entire history of Indian Premier League. This includes all the big runs made, records broken, chases accomplished and targets destroyed. There’s always something exciting happening in some match and the same happened yesterday.

It almost seems as if CSK just can’t have a clear-cut win or lose, they need to have some thrilling moments, exceptional innings and more than anything, something unique from MS Dhoni. 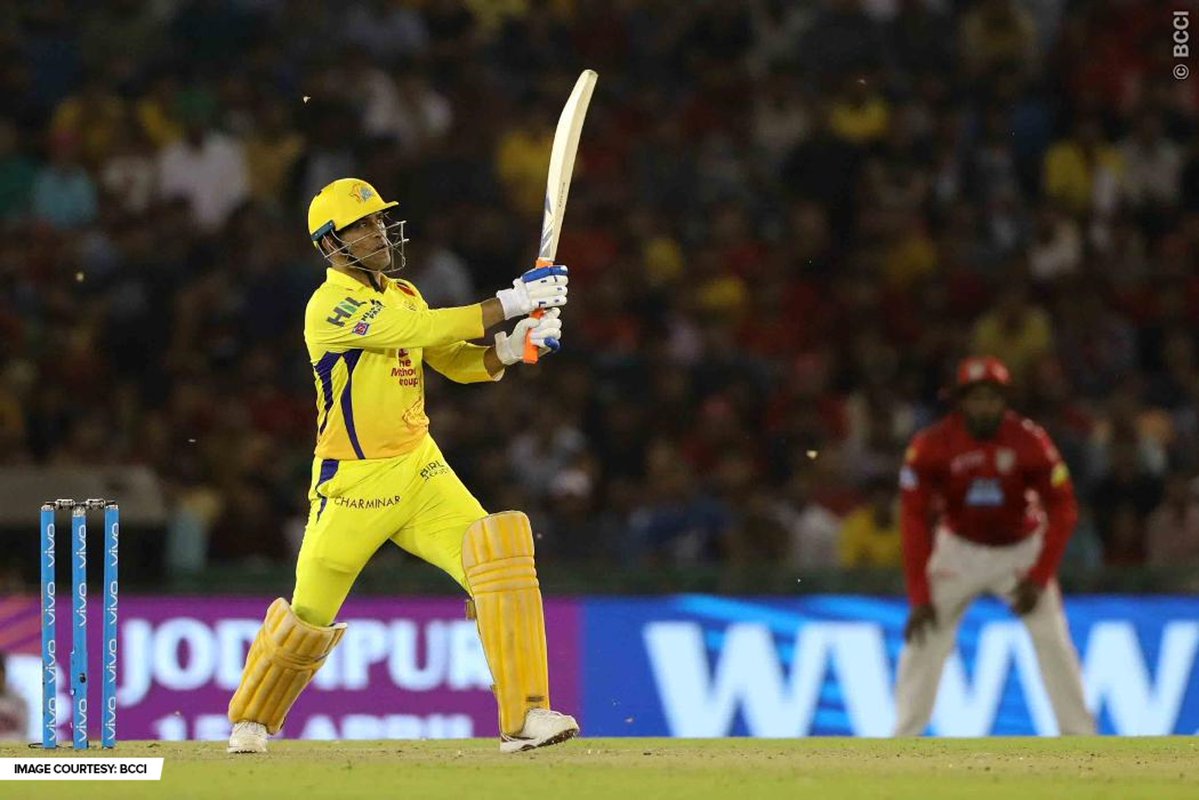 Last night’s match between CSK and KXIP was another cold-blooded example of this. Chennai Super Kings were chasing a target of 197 runs, set by the exceptional performance from Kings XI Punjab. The target resulted in another phenomenal performance from Chennai’s side. However, it was Dhoni who gathered nationwide interest with each and every ball he faced.

Country’s favourite wicketkeeper-batsman hammered unbeaten 79 runs off just 44 balls which went on to become Dhoni’s highest score in T20 cricket. What made Dhoni’s knock even more special is the fact that he gave a scare to Kings XI Punjab team despite struggling what looked like a back spasm. Just think of what the scenario had been if there was nothing holding Dhoni’s back back.

But he did the best he could, along with a hard-hitting last-ball six. And because nothing goes unnoticed, especially something like this from Dhoni, Twitterati immediately started lauding Captain Cool for his innings. Here are some of the best tweets on Dhoni’s 79 runs off 44 balls.

Dhoni with a bad back almost pulled off the impossible. People keep writing him off but this man keeps raising the bar higher and higher. @ChennaiIPL and the fans can be super proud of his effort #KXIPvCSK

Dhoni’s knock was a wonderful reminder of what he can do if he bats higher up the order….most bowlers still don’t know where to bowl to him in the death overs. You see fear in their eyes… #Mahi #KXIPvCSK #IPL

That was quite a show by MS Dhoni. Love watching his interviews, loved when he mentioned God has given him enough power he doesn't need to use his back to hit sixes(referring to injury). Kings 11 will be delighted with this win #KXIPvCSK

You get to learn a lot when you see such exhibition of sportsmanship. Some time result is not in your favour… but the intent matters. #Dhoni #KXIPvCSK #VIVOIPL

Wow @msdhoni.. what an amazing effort that was 😱 these games are doing nothing for my nerves!! #KXIPvCSK #IPL

Another thrilling finish #KXIPvCSK . No team can certainly relax against CSK in #IPL2018 . Was a treat to watch MS build this run chase for CSK , almost got them home

Congratulations to the boys. Good to win this. Excellent knock from Dhoni ,kept everybody on the edge of their seats. But Chris Gayle ,the Universe Boss was magnificent. Our spinners did well to contain in the middle overs. #KXIPvCSK

"The back is pretty bad, but god has given me lot of power and I don't need to use my back a lot. My arms can do the job." – #Thala.
How can we not show some #Yellove! #WhistlePodu #KXIPvCSK

Surely he is in Pain. Struggling to stay there. Sends back the Physio. That's MS Dhoni for you. #KXIPvCSK

It felt like Dhoni vs the world. What a blinder of an innings! 🙌🙌🙌 #KXIPvCSK @msdhoni

A nail biting finish in the IPL & Congratulations @realpreityzinta @lionsdenkxip winning by 4 runs despite the heroics from MS Dhoni. An excellent advertisement of a thrilling T20 game. Good to have @henrygayle back playing franchise cricket and back in form. #IPL2018

Test knock wala #Dhoni said who? It's vintage DHONI. The man who could turn any match on any given day, Beware.

Honestly, MS Dhoni batted as well today as I have seen him in the past. Still produces the same excitement and the same fear (depending on which side you are backing!)

Only the third time in his IPL career MS Dhoni has ended on a losing side despite remaining not out in a chase.
Two of these instances have come against Kings XI Punjab.#KXIPvCSK #IPL2018

For all you Dhoni fans, you are perhaps feeling what we Dada fans felt that IPL game against Rajasthan, when Dada almost won the game, playing an innings similarly amazing to this one.

What a knock from MS. Catching the highlights in peace after all the nerves. 💪 pic.twitter.com/aQPAXtLsUH

What an incredible game against @ChennaiIPL, my first time in the other dug out, as always @msdhoni was brilliant in a chase. Thankfully we had enough resolve to dig deep. Well done to @imohitsharma18 on seeing us through.🙌

No matter what you do Dhoni, there’s a huge base of fans who won’t stop feeling proud of you.