The most crucial match for T20 World Cup 2007 was happening at New Wanderers Stadium on 24 September 2007. First T20 World Cup final and no one would have scripted it better than the two teams India and Pakistan. The biggest rival on the cricket field of all time was playing for the title of Champion and none of them was going to let it go without putting a hard game. Both the team did a slight change. India replaced Virender Sehwag by Yusuf Pathan as Sehwag was not recovered from his groin injury and Pakistan brought Yasir Arafat in place of Fawad Alam. The crowd at the stadium was going mad and there was more support for India than Pakistan in the crowd.

India won the toss and decided to bat first against Pakistan. Gautam Gambhir and Yusuf Pathan set their foot on the ground to face Pakistan. The crowd went berserk as the batting innings of team India started. Gautam Gambhir played a stunning innings of 75 runs off 54 balls in which he smashed 8 spectacular boundaries and 2 sixes. The competing team was pulling a tough bowling style and to bat on such outstanding bowling attack was becoming really difficult. Rohit Sharma smashed 30 runs off 16 balls including 2 boundaries and 1 six. After a good game, Indian innings ended with a total of 157 runs with the loss of 5 wickets. Not a hard score to chase.

Pakistan has to make 158 runs to win the match. The bowlers of Pakistan have done a tremendous job and Indian bowlers needed to perform better than their batsmen in order to win the trophy. Mohammad Hafeez and Imran Nazir, the opening batsmen of Pakistan came to the ground and started batting. Imran Nazir scored 33 runs off 14 balls and he smashed 4 smashing boundaries and 2 six in his innings. RP Singh of India showcased some amazing bowling that day as he took 3 wickets in that innings. Irfan Pathan was no less, he was thriving with only one spirit, to win and he too hit 3 wickets of Pakistan. Misbah-ul-Haq smashed 43 runs off 38 balls including 4 outstanding sixes. All this hard effort from the team of Pakistan and still it ended in disappointment as their innings ended with  a total of 152 runs losing all the wickets.

Pakistan put up a good show but they lost and India became the first ever Champion of World Cup T20. Indian team was thrilled with the excitement and win. It was a grand final game that can never be forgotten, Indian players were floating in the feel of being proud and honored.

T20 World Cup 2016 is happening and the next match of the tournament will be between India and Pakistan. It will be exciting to see both the team competing against each other again but we will be cheering for India. INDIA INDIA!!!! 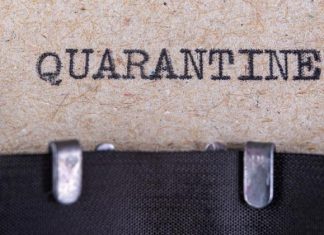