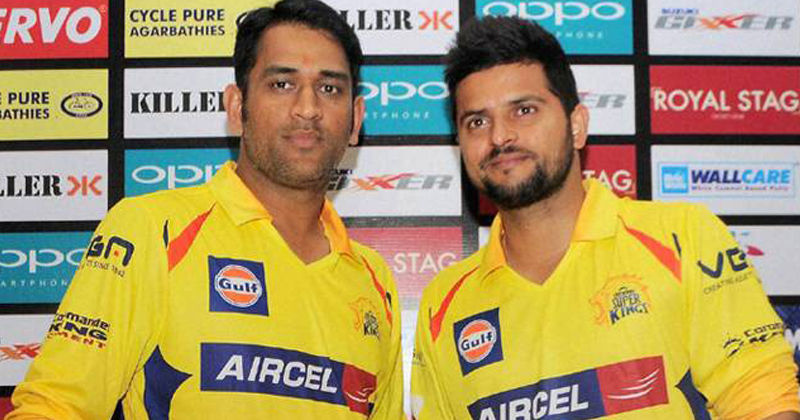 Suresh Raina and MS Dhoni have had some of the most mind-boggling and record-shattering partnerships between them over the last 10 years and while the former is leaving no stone unturned for a comeback in the International squad, MS Dhoni is currently struggling to make an impact in the lower middle order, his behind the stumps talent still leaving us in awe.

However, there was a time when Suresh Raina and MS Dhoni were known as the best finishing duo, punishing every bowler on loose deliveries and being one step ahead of the opposition whether on the field or with their tools of trade on the pitch.

They were two of the best players with a reputation of stealing quick singles when it mattered and hitting the ball outside the boundary whenever needed. For some, Raina-Dhoni is just like a witnessing Yuvraj Singh and the former captain taking on the bowlers, if not better. And while they have successfully carried out the same reputation over a decade, Suresh Raina is expected to replace Yuvraj Singh in the ODI squad in a bid to develop a dominating side for the ICC World Cup 2017.

While nobody can it away from Yuvraj Singh that he has given some of the most cherishable memories to the fans, his current performance in the Indian squad has been subjected to criticism be it as a fielder or a middle order batsman. If this continues, Suresh Raina might be able to make it to the Men In Blue anytime soon, as he has been still the crowd favorite in the domestic circuit.

Suresh Raina had played a lot of cricket under the leadership of MS Dhoni both for India and IPL franchise, Chennai Super Kings, and it all started during a series against Sri Lanka in 2005, and continued till the T20 Internationals against England earlier this year.

After sharing so many memories with MS Dhoni, Suresh Raina, in an exclusive interview with Firstpost, spoke highly of the ex-India captain, telling the fans why he is still one of the best finishers of the game.

Raina said that MS Dhoni does ‘death-overs practice’ while working on the helicopter shot as well the scoop shot in the nets, before every game. He remains been very calm under pressure and is way ahead of the bowler. MS Dhoni attacks a bowler when the latter thinks that he has the upper hand. Suresh Raina also added that MS Dhoni has been successful as a finisher because he likes to read the bowler first and then attack while playing with his (bowler’s) mind.

He also highlighted the fact that whenever a batsman starts going for big shots, MS Dhoni believes that the other should play the role of a sheet anchor, rotating the strike whenever needed and pressuring the opposition. Suresh Raina also didn’t fail to mention that he shares a good bond with the former Indian captain and they both understand each other’s approach as well as game, very well.

As for Suresh Raina himself, he hasn’t played in even a single ODI since 2015, while his Test career has never been as sensational as his limited overs performance. For Indian cricket fans, who have followed the game in the last 10 years, Suresh Raina has given them some of the most beautiful memories to remember, his knocks against Pakistan and Australia in the 2011 World Cup and a partnership with MS Dhoni in the 2015 World Cup against Zimbabwe being some of the highlights of his career.

Suresh Raina has always been a dependable middle-order batsman and his part time bowling skills also come as an added advantage. Hopefully, he will return to the Indian squad very soon and being just 30, he has a lot of cricket left in him.