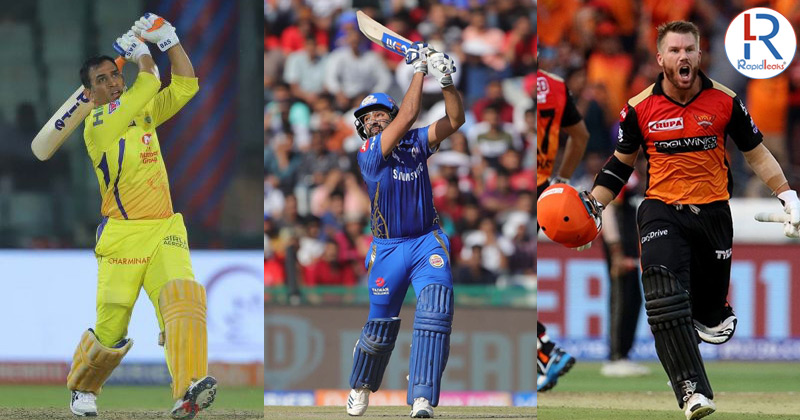 Hey, hang on! It’s still early days in the tournament. But seriously, one does not realize how time flies by, isn’t it? This is the 12th edition of the IPL, yes you read that right! And along with enjoying every match, we all are waiting with bated breath for the big final to arrive. So, who do you think will be the new champion? Which captain will lead his team to the title this year?

Well, before we find out who the IPL 2019 winning skipper will be, let’s quickly flip through the journey of the Indian Premier League right from the time it started. Here’s celebrating the trophy winning successful captains in IPL so far –

Spin wizard Warne led the Royals to an unbelievable win in the inaugural edition of the IPL. He was a great skipper who not only led from the front, but also mentored the likes of Ravindra Jadeja and Yusuf Pathan. Shane Warne was one of the best cricketers that Australia had ever produced, and with his years of experience, in spite of having very limited resources, he helped Rajasthan Royals taste sweet victory against the mighty Chennai Super Kings.

After Warne, it was another Aussie, Adam Gilchrist, who led the Deccan Chargers to a stunning victory against the Royal Challengers Bangalore, the following year. The stylish left-handed batsman, Gilly, motivated the Chargers to play like a unit and consequently, they emerged victorious in the end. Later on, Gilchrist went on to be the skipper of Kings XI Punjab.

Captain Cool MS Dhoni led CSK to not one, two, but 3 IPL titles in 2010, 2011 and 2018 respectively. The biggest USP of CSK was the marvellous captain himself, who always knew how to keep calm under pressure and provocative situations. His helicopter shot is always a cause of worry for the opposite team. Well, all we can say is – that’s the way, Mahi way!

Firstly, very few know that Gambhir was a ‘great captain India never had.’ But that never stopped this silent warrior and team player from leading from the front with his bat, and ensuring that KKR wins the title twice in 2012 and 2014 respectively. An intense and aggressive captain, Gautam Gambhir was known to be a fighter player who never gave up easily. Undoubtedly, one of the most successful captains in IPL!

Rohit Sharma, who specializes in scoring double tons in ODIs for India, is one of the most sought after batsmen the nation has ever produced. But he is also a brilliant IPL captain who has led the Mumbai Indians to 3 IPL titles in 2013, 2015 and 2017 respectively. He also backed youngsters like Hardik Pandya and Jasprit Bumrah, who are now key players of the Indian squad.

David Warner, yet another Aussie player, mind it, an explosive left-handed batsman and a more than able captain, led Sunrisers Hyderabad to a much deserved IPL victory in 2016. It was an exciting final that went down to the wire. Warner made sure that SRH had the last laugh against Virat Kohli-led RCB, and they did!

Feeling nostalgic right? And all the more, if your home team and favourite captain feature in the above list. The above mentioned successful captains in IPL have all done well for their respective national teams. Hope you have enjoyed reliving the memories.