Wriddhiman Saha, the wicket keeping-batsman, is expected to fill MS Dhoni’s shoes in Test cricket for India. However, he has been ruled out of the ongoing South Africa vs India Test series due to an injury which he endured on 11th January during the practice session before the second Test at the Centurion.

Since Wriddhiman Saha suffered a hamstring injury, he was rested for the second Test but it seems like he is not going to recover soon as BCCI has named Dinesh Karthik as his replacement for the third and final test of the South Africa vs India series. 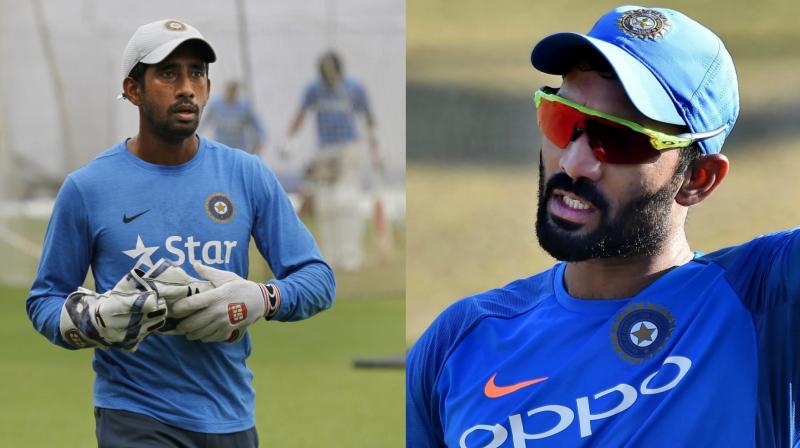 Just a couple of hours back, BCCI released an official statement saying that Karthik has been named as Saha’s replacement for the last test and the board will be monitoring the latter’s condition before making any comments on his availability.

“The All-India Senior Selection Committee has now named Dinesh Karthik as Wriddhiman Saha’s replacement for the third and final Test against South Africa. He will join the team before the third Test. Mr. Saha suffered an upper left hamstring tendon injury during a training session on Thursday, January 11. The BCCI Medical Team will monitor his progress.”

While Parthiv Patel traveled to South Africa as a contingency plan, since there is no wicket-keeper on the bench, the Dinesh Karthik has been asked to travel to the rainbow nation before the final test.

Interestingly, this will be the first in the last eight years that the Tamil Nadu-lad will don the Test jersey for India and while he has had a couple of chances in limited overs cricket during India’s home season, it will be the perfect opportunity for the 32-year-old to shine of foreign turf.

While Karthik has been a regular in white ball cricket for India, He last played a Test in 2010 when MS Dhoni’s and his men took on Bangladesh in Chittagong.

As for Wriddhiman Saha, he has been a vital cog for the Indian Test squad in the last couple of years as his agility along with quickness behind the wicket has left fans and critics impressed. However, in the South Africa vs India Ist Test, he wasn’t able to make an impact with the bat with his figures of 0,8. On the other hand, with gloves, he went on breaking MS Dhoni’s record of most number of catches by a wicketkeeper in a Test match after taking 10 catches in Cape Town.

Since making his debut in 2010 against South Africa, Wriddhiman Saha has represented India in 32 Tests and has 85 dismissals, including 75 catches and 10 stumpings, on his name.

Coming to Parthiv Patel, he has scored 19 runs with the bat, but was severely criticised for dropping three catches in a single inning. The worst of them being the edge from Dean Elgar’s bat which went between him and Pujara at first slip. While Parthiv did not attempt for the catch, after the goof up, he went on to gesture Pujara saying that it was his catch. 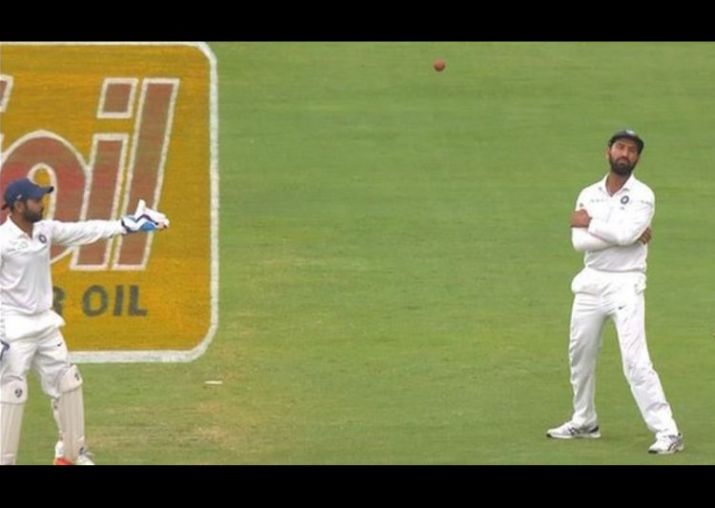 On the other hand, Karthik’s inclusion will definitely give team management some relief as the 32-year-old is comparatively more reliable than Parthiv Patel and can also get the team some runs with the bat.