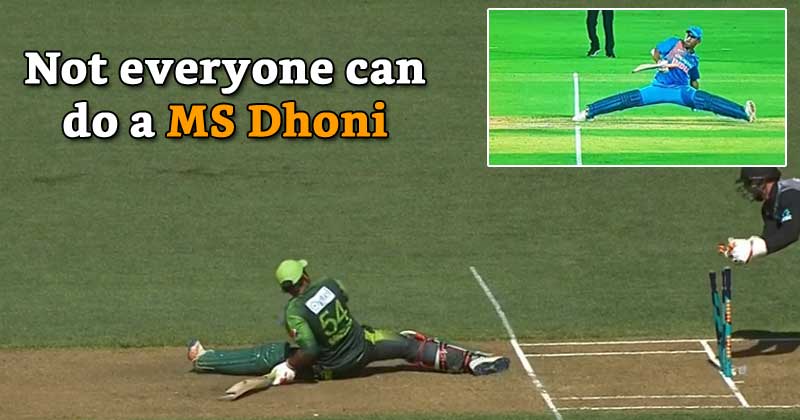 Pakistan’s skipper Sarfraz Ahmed has a forgettable day when his side lost the 1st New Zealand vs Pakistan T20I by seven wickets and a margin of just a solitary run. Riding high on their ICC Champions Trophy 2017 victory, Pakistan’s tour of New Zealand was an important fixture for Sarfraz Ahmed and his squad as they wanted to display their consistency on foreign turf.

However, a complete 5-0 whitewash against the Kiwis is what they got in the ODIs due to poor display by the batting lineup and while they had hopes for a comeback in the T20I-leg, their struggles continued as they are now trailing behind 1-0 in the series.

That said, Pakistan was saved from major blushes as New Zealand reduced them to 38 for 6 in the 10th over, but a tough fight from Babar Azam (41) and Hasan Ali (23) helped then go past the 100-run mark.

Coming back to Sarfraz Ahmed, he was part of another highlight during the 106-run chase in the second innings before he lost his wicket at just run runs from his bat. While it was a bizarre dismissal, it left all the fans in splits as Ahmed went way ahead of the crease but the ball went straight to the keeper, who quick dismantled the bails.

On the first delivery of the 10th over, Sarfaraz went for a sweep off  Mitchell Santner. The hilarious moment was created when he slipped, leaving him in split ‘literally’ before he got out stumped, leaving his side in deep troubles.

But the whole incident forced us to recall an MS Dhoni-moment where the former Indian skipper was able to make it back to the crease before the wicketkeeper had a chance to even touch the bails.

And the same happened with Twitterati, who merciless trolled the Pakistani skipper for imitating MS Dhoni on the field. They remembered the incident from November 2017, where Dhoni was in a similar situation while batting against New Zealand. However, instead of falling down, he was lucky to be back in the crease with almost a full split.

Oh no, things continue to go wrong for the visitors. Sarfraz Ahmed slips and is stumped … next ball is caught behind for a golden duck! 38-6 … Santner’s on a hat-trick! #NZvPAK

NZvPAK #SarfrazAhmed out!!!!!!!! He tried the splits. Whatta joke this #Pakistani cricket team is. HAHAHAHAHAHA

Yes sarfraz is conspiring against captain sarfraz Ahmed, by select that kind team, by not going up to order and now this kind of dismisall 2nd time, I bet if any other player got out in that way,u tweet is Gona be like”all is no well, players throwing wickets ” https://t.co/JKED1J2sES

Sarfraz Please give me Yoga Classes

Is this the Pakistani cricket team or a club team? Why batsmen are in a hurry?Has Sarfraz forgotten,how to bat? #PAKvNZ

The Lesson: Not everyone can do what MS Dhoni has been doing with his gloves or behind the wicket.