When it comes to trolling, Twitterati can be merciless even when it comes to a goof-up made by some of the legendary and iconic personalities. One such moment came after the India vs New Zealand 2017, 3rd ODI, which the hosts won by 6 runs and eventually lifted the series trophy.

Unless you are living under a rock, you might know how enthralling a clash it was at Green Park, Kanpur between India and New Zealand, which ended up as a last minute finish, thanks to the disciplined death-over bowling by Jasprit Bumrah (10-47-3) and Bhuvneshwar Kumar (10-92-1).

Kiwis were given a target of 338 runs by the hosts after Rohit Sharma (147) and Virat Kohli (113), respectively, played record-breaking knocks en route to their centuries and a 200+ partnership for the third wicket.

However, the Kiwis once again proved why they are called as one of the most quality sides in World cricket as they put on a very brave show in the series decider that was full of table-turning moments.

New Zealand needed just 15 runs off the final over but a quintessential Bumrah conceded only seven while also picking up his third wicket to help India prevail in the high-octane runfest.

As fans and former cricketers waited with abated breath social media was once again filled with emotions as both teams were leaving no stone unturned to loft the series title.

But what took Twitterati by surprise, was a tweet by Sachin Tendulkar which surfaced on the portal on Monday morning, hours after India has succeeded in winning their 7th consecutive bilateral series.

Here is what Sachin Tendulkar tweeted:

“Splendid batting performance by @Imro45 and @imVkohli. Looks like this match is going to have a tight finish. Hope we can finish well.”

Although the Tweet was later deleted, one can never question the fact that social media always has an eye for such events and it didn’t matter if the goof-up was made by Sachin Tendulkar, Twitterati came up with some hilarious reactions, to say the least.

Here is a series of such reactions on Sachin Tendulkar’s mis-timing, something he was famous for, the other way around the field.

Everything said and done, Indian skipper Virat Kohli is slowly becoming the next Milestone Man of Indian Cricket as after his 32nd ODI century, Kohli returned to the numero uno position in ICC ODI rankings for batsmen with career-high rating points 889, which is the highest by any Indian batsmen. He also left Sachin Tendulkar behind who managed 887 career-best points in 1998, the previous best.

As for New Zealand’s tour of India, after seeing Colin Munro’s 75, Kane Williamson’s 64 and Tom Latham’s 65-run knocks as well as two crucial cameos by Henry Nicholls (37) and Ross Taylor (39), one thing is for sure, the India vs Zealand 2017 T20I series is going to be one hell of a close fight and we are in for some more thrilling last-minute finishes. 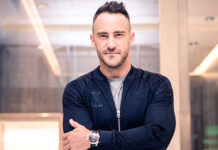