IPL has the ability to bring in the best and worst of people out in the public. Friends become enemies, all for the teams they’re supporting and the passion is just dripping in every household, sports bar and public gatherings, post office hours to catch the glimpse of some cricket action. It has been like this for the past two months or so, and as we’re getting ahead for the final innings of the league, there are just too many emotions.

Playoffs are too exciting to miss out on, since each and every playoff contributed to the fate of semi-finals and then finals. Sunday marked the end of these playoff matches and gave the public their final four teams that included Rajasthan Royals, Sunrisers Hyderabad, Chennai Super Kings and Kolkata Knight Riders. Sunrisers Hyderabad was the first to qualify and they were followed by Chennai Super Kings. Kolkata Knight Riders qualified for the Playoffs on Saturday. As for the final spot, MI, KXIP, and RR were the teams that had to give their all in their match. MI lost to DD, whereas, KXIP lost to Chennai Super Kings, and during the match, someone caught a glimpse of Preity Zinta saying something starkly controversial (in terms of the position that she upholds). 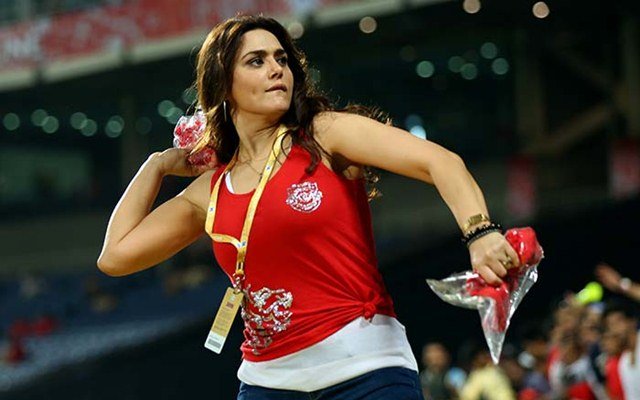 Though even her team failed to qualify for the last spot, she was extremely happy with Mumbai Indians’ failure in this year’s league. Someone posted a clip, that has since gone viral on the Internet, of Zinta saying, “I am just very happy that Mumbai is not going to the finals..Really happy.” However, if you look at it with complete concentration then you’ll notice that she says, ‘very happy that Mumbai is knocked out’ which also means the same.

Soon people started reacting to it and even said how this particular statement against the Ambani-owned IPL team might affect Zinta in the long run.

Priety Zinta's performance in the auction was better than her team's in the tournament.

Mumbai Indians is one of the strongest team in the league and are the defending champions. Kings XI, however, has never won an IPL title and failed to qualify for the Playoffs this year as well after going down to Chennai Super Kings in their final group game in Pune.