Home Sports Cricket MS Dhoni’s Speech To Team India Is The Best Thing You Will... 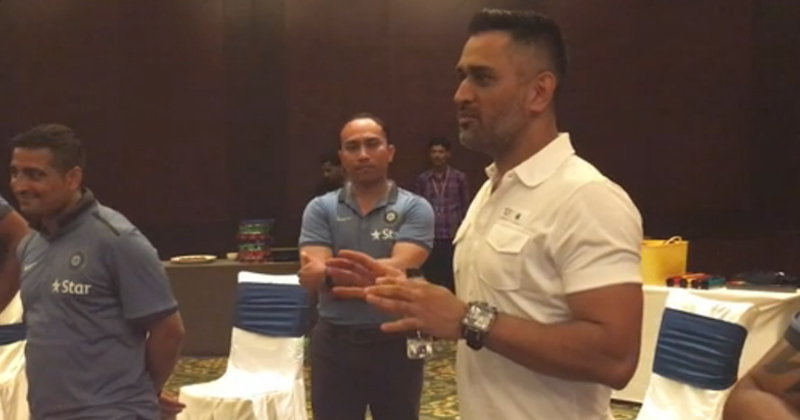 MS Dhoni is exceptional at what he does. Whether on the ground or not but he never fails to impress us with his optimism, On Monday, the limited over captain of India, MS Dhoni gave an inspirational speech to all the current Indian players and advised them that they should enjoy and cherish the opportunity to the fullest.

Dhoni said that upcoming 17 Tests to be played by India in the next seven-eight months will be a challenge but Virat Kohli’s men should aim to move ahead while playing for Indian Team. Dhoni also added that not every player will perform in every game but they should enjoy every game they play for India. He also said that these moments should be cherished forever.

Test captain Virat Kohli will lead Indian team in upcoming Test series with West Indies and Dhoni’s speech was a much-needed inspiration for Virat as well as team India.

That was some speech, MS Dhoni is one of the most successful Indian Captains and his strategies have always worked out in one way or another. The meeting was set up here to work on new strategies and motivate the Indian players selected for the upcoming tour to West Indies.