It’s been more than a decade since MS Dhoni entered the International cricketing circuit with long locks, great arm strength for his helicopter shots and an unmatched agility behind the stumps. Over these years, he has managed to keep his quickness above the set benchmarks and whole the likes of Yuvraj Singh and Suresh Raina have struggled to meet the required fitness levels, there hasn’t been a single match where the two time World Cup-winning captain had to leave due to his fitness levels.

Much has been said about his form with the bat or whether he should be a part of the 2019 World Cup squad, but the fact is, MS Dhoni is a veteran of the game knows more than a couple of things about how to approach every kind of situation that a team could face. 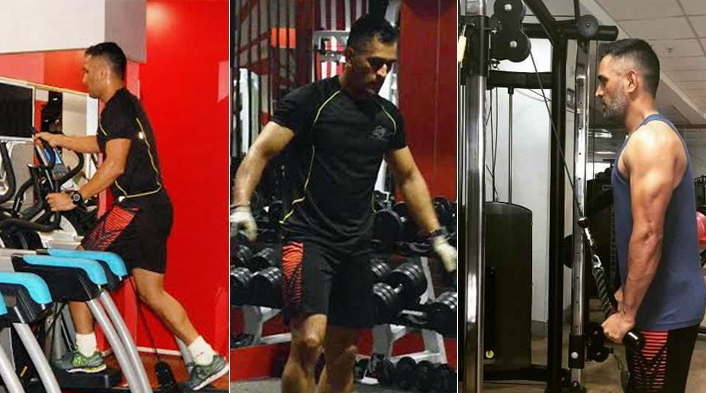 Moreover, with clearing the Yo-Yo test being one of the major criteria for selection in the team, what we see in the playing eleven is, quickness on the field, zeal to take on any opposition and a dedication to perform, all of which has defined MS Dhoni’s glorious career.

At the age of 36, he is still the quickest on the field and has been the perfect nonstriker if a batsman is looking for a double or even a triple. Dhoni can easily give the youngsters a run for their money and to prove it, here is a video in which he can be seen defeating Hardik Pandya in a 100-meter dash during a warm-up session.

A quick 100 metre dash between @msdhoni and @hardikpandya7. Any guesses on who won it in the end? #TeamIndia #INDvSL https://t.co/HpboL6VFa6

Now, after seeing this, one thing is for sure. MS Dhoni can easily inspire any of his teammates to achieve all their goals because at this age, if he can boast this kind of fitness levels, the ones in their 20s shouldn’t have any reason to back down.

As for the India vs Sri Lanka 2017, 2nd ODI at Mohali, before which this video was shot, the hosts have done a great job in redeeming themselves after a humiliating 7-wicket loss in the 1st ODI. While skipper Rohit Sharma registered his third double ton in the format, Shikhar Dhawan (68) and Shreyas Iyer (88), helped the team register a formidable total of 392 runs.

Coming back to MS Dhoni, this was his 311th ODI and now he sits at level with Sourav Ganguly for playing the most fourth most number of ODIs for India. Sachin Tendulkar, Rahul Dravid, and Mohammad Azharuddin are the only ones to have played more.