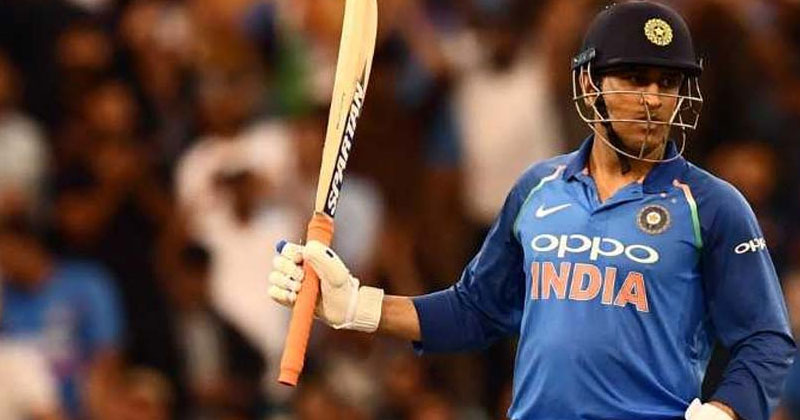 So obviously when MS Dhoni, a quarter of a year ago, failed to make runs in England, it was a big deal.

You could hear it in the southern hemisphere.

“Dhoni is not the same batsman he used to be.”

The rancour surrounding Dhoni’s pretty evident dip in form was about as competitive as the noise in a room full of boisterous bidders competing for an ornate piece of art.

Interestingly, for a country that allows the silent growth of a grey economy, it did seem, a batsman who epitomised the art of fierce hitting, bringing the strong bottom-hand into play with those nostalgic long locks had fallen prey to the trappings of the grey-haired age.

Dhoni was consuming far too many balls than one had expected of him. There seemed, at times, a complete lack of urgency in taking that extra second run that most other batsmen found ‘elusive.’

You felt, Dhoni’s loss of form and whether he should play or stray away would possibly be debated akin to a pertinent ‘would be’ bill in the Indian parliament.

And then, here we are in Australia where MS Dhoni is up and running Down Under.

Here’s what has changed for MS, just to make things clear.

Against England, Dhoni managed 79 runs from 3 games. Although his batting average seemed respectable at 39, though a bit perfunctory according to his usual lofty standards, it didn’t help that Dhoni’s strike rate of 63.

This was not even a year back- isn’t it? Already, in Australia, Dhoni’s been the force behind two match-winning knocks, both being back-to-back innings that have stolen the contest away from the jaws of the home side.

And thankfully, in the process of 106 runs from 2 games, including the best score of an unbeaten 55, Dhoni’s demonstrated not only the familiar prowess with the bat but also upped his strike rate, taking it to 71, as seen from the two occasions he’s batted in, thus far.

And in the process of perhaps reiterating the fact that grey hair doesn’t mean one’s downfall, who knows, MS might have booked his seat in the flight to England for 2019 World Cup, has he?

Here’s what fans were worried the most about Dhoni’s downward spiral, which, thankfully wasn’t one before his doubters made sound like some kind of a billboard headline.

When MS takes to the field, quite like a fascinating striker in a football contest, big strokes begin to take place, white balls begin to disappear, and the required run-rate becomes a mere formality.

The above is exactly what was missing from Dhoni’s bat as seen in the past few months before he decided to eke out a recovery.

So now the question is, what are the fanboys who live for instant gratification and are quick to bury careers at the back of a poor series or two going to do?

Well, let’s not go there Mahi. After all, you know what to do, isn’t it?