Home Sports Cricket Here’s What Mohd. Shami Had To Say On Virat Kohli During An... 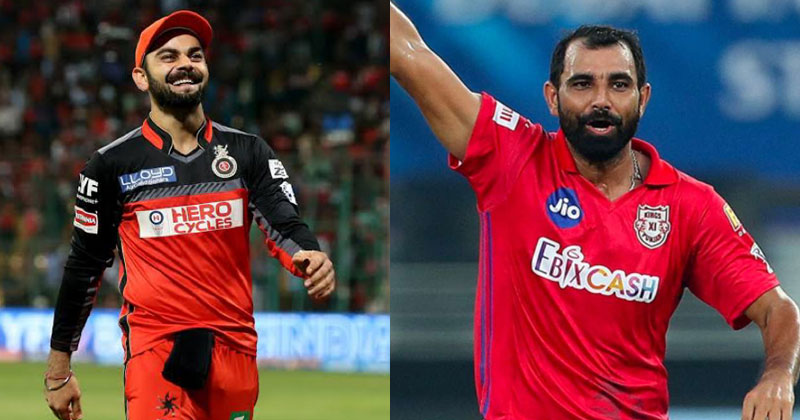 The 2020 IPL is currently under full swing. And one of the leading lights of the famous cricketing fest is someone who can swing a contest in the favour of his own team without much ado and with quintessential gusto: Mohd. Shami.

In a format where the lashings of the bat can often outdo the might of the ball, picking 2 wickets per game isn’t that bad a sign. Well, not when you were also responsible for being in the thick of things in the pre IPL or should one say, pre-Pandemic era: where apart from taking wickets in T20s, Shami also took key wickets in the Test series that took place in New Zealand.

Now even as the visitors found their attack blunted in front of the Kiwi power, Mohd. Shami took that memorable 4 for 81 at Christchurch, and emerged with 5 overall wickets on a largely forgettable tour for his India.

Having said that, interviewed in midst of the IPL with the series ensuing with great grit and fanfare, here’s what Mohd. Shami happened to share on his Indian team captain Virat Kohli (the all-format leader, including Tests,ODIS, T20s)

I believe as a unit you need to trust one another. I think in international cricket, fast bowlers would definitely perform well when they have the backing from the captain and he is one such personality. Virat loves to take on a challenge. He is clear with what he wants and he gives us the freedom to play to our strength and backs us with our decisions as well which has helped us perform better.”

We as a unit have always enjoyed each other’s success and if you look at the record of the past few years I think we have one of the best in the history of Indian cricket. We don’t get upset that he got the wicket and I didn’t or that fast bowler is getting more chances.

“We have always acted like one unit and have been like a family. And appreciating each other’s success is and I guess that’s the main strength of the unit.”

It is also not that hard to note honestly as to how under Virat Kohli’s able leadership, especially in the white-ball formats, two of the most notable figures of the current IPL 2020 season have helped their respective sides.

One is Yuzvendra Chahal, with 8 wickets for the Royal Challengers Bangalore (a team headed by Virat Kohli himself) and the other being, none other than Mohd. Shami himself (also with 8 wickets).

With several more games remaining and RCB, in particular, seeming in very good form, where compared to the previous editions, one certainly hopes that Shami and Chahal will continue their fine form.