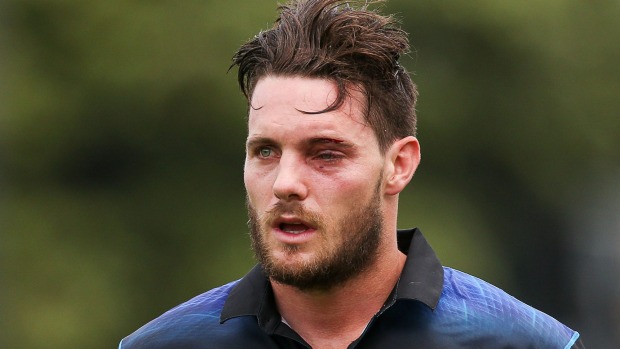 New Zealand cricket star and also a crucial part of IPL Mumbai Indians team, has suffered a hairline fracture and was hospitalized, due to the bouncer which burst through the gap of his helmet while he was playing final over of New Zealand’s innings on Monday.

McClenaghan was on 31* off 17 deliveries and the 18th one proved fatal, slow motion shows that ball has hit him with a considerable force, he fell to the ground and Pakistani players, Matt Henry with umpires approached him. After team physio attended him he stood up and walked off the field. His eye area was swollen and he will go for a minor surgery on Friday in Auckland.

McClenaghanMitchell McClenaghan has been smashed on the face by the short ball as he tries to play the pull short off Anwar Ali. The ball flew threw the gap between the grill and peak of the helmet and hit him on his eye. Fortunately, the grille soaked up majority of the pace and the impact was dampened but it was still enough to knock McClenaghan out for a while and he was left hold his left eye in pain. There was an immediate look of discomfort and redness round his eye.That was indeed very scary, thank God he is ok now.

This game is indeed dangerous sometimes. Well, it seems like that he will not be able to play in the second ODI and final match on Sunday. He got stitches on his eyebrow and he updated his condition via twitter and also congratulated his team mates on the victory.
Pic does tell us the condition of his:

With this injury, he became fourth in the list of INJURED players non-available for the Thursday’s game (other three are Brendon McCullum, Tim Southee & Ross Taylor).
Well, his fans can chill out as he will be available for the upcoming Chappell-Hadlee series against Australia, starting on February 3. 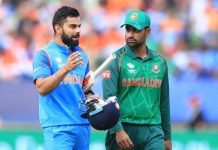