KL Rahul Became The 11th Batsman To Score A Century On ODI Debut. Do You Know Who Is 1st ?

Scoring a century on his cricket debut is every batsman’s dream and a major achievement. Indian batsman KL Rahul, made this dream come true during the ODI series against Zimbabwe at Harare sports club on 11 June 2016. He scored a century and became the only Indian batsman to score a ton on his ODI debut.

Rahul made his debut unforgettable and became an inspiration for all those youngsters who are about to debut for India. He was on 94 at the striker’s end and had lots of thoughts going on in his mind. Indian team needed just 2 runs to win and Rahul needed 6 runs to create history. Rahul finished off with style as he smashed a massive six and also became the Man of the match after scoring a century in his maiden run.

KL Rahul became the 11th player to achieve this. In doing so, he beat the record of Robin Uthappa, who held the highest individual score on ODI debut for India. 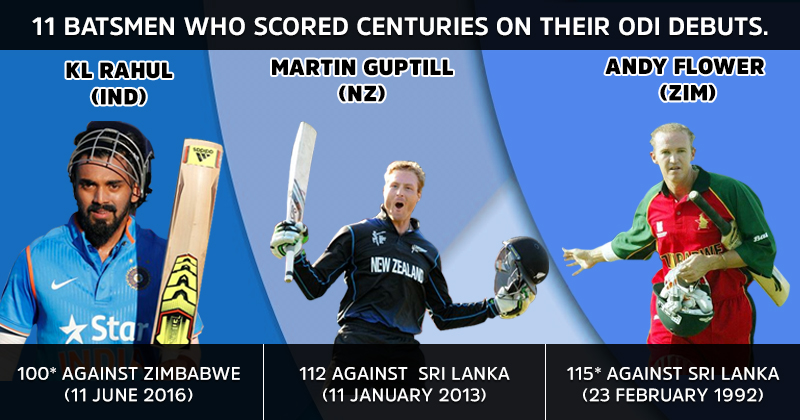 To answer the first question, here is a list of another 10 batsmen, who also made their  ODI debuts memorable: